FRANKFURT – In the Volkswagen (Volkswagen (VW) vz) group there is a dispute over a possible IPO of the sports car subsidiary Porsche. CEO Herbert Diess told the “Frankfurter Allgemeine Zeitung” (Saturday edition): “The issue of the Porsche IPO is currently not a high priority for me”. Even if only part of the sports car manufacturer’s shares were traded freely, VW would lose part of the high inflow of funds that Porsche generated for the group. “At the moment there is a lot to be said for using the money for our structural change,” said Diess. “You don’t want to give up a pearl like Porsche.”

ROUNDUP: Compulsory testing for companies in April? Head of the Chancellery puts pressure

BERLIN – In the debate about a possible corona test obligation for companies, Chancellery Minister Helge Braun is putting pressure. “There is a voluntary commitment by the company that every employee who is not in the home office is tested twice a week. The structure should be in place by the beginning of April,” said the CDU politician of “Bild am Sonntag”. If too few companies offer this option by the beginning of April, the companies would have to be obliged to do so, announced Braun.

Circles: Credit bureau Schufa could be sold to financial investors

NEW YORK – According to insiders, the credit agency Schufa could change hands. The Schufa owners, including Deutsche Bank and Commerzbank, had already spoken to the holding companies EQT and Hellman & Friedman about a sale, reported the Bloomberg news agency on Friday, citing people familiar with the matter. The Schufa could therefore be valued at more than two billion euros. The talks are at an early stage and a transaction is not certain.

ROUNDUP: Ministry of the Environment wants to secure water supply for Tesla plant

POTSDAM – Due to the increased demand for water in the Berlin area, also due to the planned settlement of the US electric car manufacturer Tesla in Grünheide, the Brandenburg Ministry of the Environment wants to make adjustments. A spokeswoman said on Saturday that an unused groundwater supply in the Hangelsberg area should be explored and tapped to increase funding capacities for the supply of the Freienbrink industrial park – including Tesla. The “leap” in fresh water requirements and the amount of wastewater produced by the Tesla plant in the first stage of expansion meant that “almost all reserve capacities” were used up. The “Handelsblatt” had previously reported.

LONDON – With the use of another vaccine, the British government wants to continue its successful course in the fight against the coronavirus. In April, the first deliveries from the pharmaceutical company Moderna are expected, said cabinet member Oliver Dowden on Sunday. It would be the third vaccine to be used in the UK.

ROUNDUP 3: Union calls for a strike – Amazon does not expect any effects

BERLIN – The service union Verdi has called on the employees of the mail order company Amazon at six locations to a four-day strike before Easter. He should start the night shift from Sunday to Monday. The locations affected are Werne, Rheinberg (both North Rhine-Westphalia), Leipzig (Saxony), Koblenz (Rhineland-Palatinate) and two locations in Bad Hersfeld, Hesse.

-Press: Germans can enter the Corona Hotel free of charge if they are infected on malls

-DAZN broadcasts games in Italy – million deal with Serie A

-Bahn is considering returning to compartments

-Electric cars are particularly popular in Berlin and Schleswig-Holstein

-WHO asks for vaccination doses for poor countries

ROUNDUP: You are reading a summary in the company overview. There are several reports on this topic on the dpa-AFX news service.

Discussions about government contracts for PR and Marketing – Politics –

Michael Wendler (DSDS / RTL): Musician makes it onto US television...

Vaccination requirement for a new job? 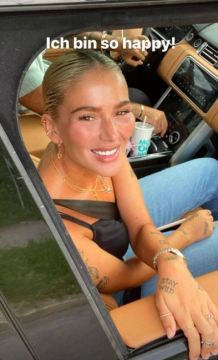 In short: “The danger is the virus, not the vaccine”