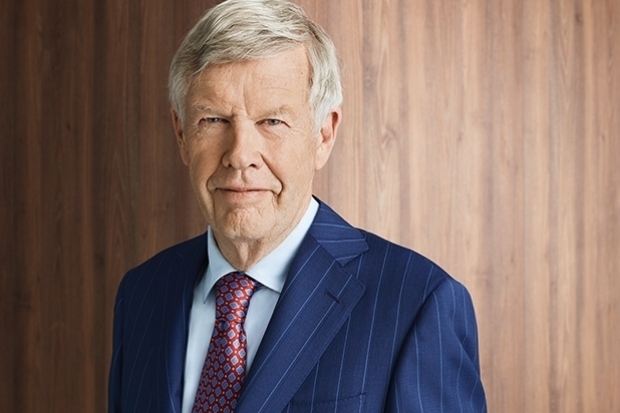 The rapid development on the global stock markets is even picking up speed. Asset manager Dr. Jens Ehrhardt sees many warning signs – but does not expect a sharp correction in the near future.

In the past few months there has been a rapid price rally for the crypto currency Bitcoin – some consider the phenomenon to be a speculative bubble of historic proportions. One of the skeptics is Dr. Jens Ehrhardt: “Bitcoin is likely to be the largest speculative bubble of all time. One has the impression that this is a gigantic chain letter system that was only possible because the central banks triggered an unprecedented wave of liquidity internationally,” says the founder and chairman of the board of the asset manager DJE Kapital in conversation with the “Handelsblatt”. On the US stock market, too, “you can actually see a lot of red flags here and there,” which point to an overvaluation, according to Ehrhardt.

In addition to the Bitcoin rally, he believes that the warning signals include the price explosion of Tesla shares. “The low number of put options in the US could be another sign of carelessness, as could the fund managers’ low cash quotas,” says Ehrhardt. From a purely technical point of view, it looks rather dangerous.

Nevertheless, Ehrhardt does not expect the stock market rally to end abruptly. In the past, this mainly happened when the central banks raised interest rates because inflation rose, or when they gave a little less gas. “I don’t see that for the time being. That’s why speculation can also increase,” Ehrhardt told the “Handelsblatt”. Ehrhardt considers a second dot-com crash like that at the turn of the millennium to be relatively impossible: “At that time, US interest rates were six percent. That is the difference.

High goals for the Dax
While stock market skeptics also interpret the turbulence surrounding the titles of the video retailer Gamestop as a sign of a hot stock market, Ehrhardt can also gain something positive from the development: “More people are interested in the stock market”. Despite the turbulent stock market development, the wealth expert continues to expect the Dax to reach the 16,000 point mark this year.

The avowed fan is currently more cautious about gold: “There are still too many optimists in this market.” Until a few months ago, demand was primarily driven by exchange-traded gold funds, i.e. by financial investors. “And then some of them switched from gold back to the well-performing stock markets. The optimism for the metal is slowly declining, but I don’t see a buy signal yet.” (fp)

Zayn Malik: He’s surprising with a new album – and it’s...

Well, Lothar, where do you look first?

Car hit a tree in a serious traffic accident in Oftering

Hauser in third place in a difficult competition