Cheaters are spoilsport. The cheaters are therefore popular neither with developers nor with gamers. People Can Fly, the game company behind the solo and multiplayer shooter “Outriders”, has decided to take a particularly radical step to punish the culprits: with the update, which is planned for the start of the title on April 1st, cheaters will be not only sanctioned with difficulties in matchmaking, but publicly branded: with a “discreet but visible” watermark. Like a tattoo that one regrets, this stigma should not be removable. Such strategies are called “brands over bans” in English.

In their Steam post on the upcoming update, the makers of “Outriders” comment on the considerations behind the punitive measures: “This has been a hotly debated topic since the launch of the demo. So we wanted to give perspective and at the same time our policy regarding cheating and hacking underline. “

“Outriders” will be released on April 1st for PC and consoles.
© Square Enix

During the demo phase, People Can Fly employees identified around 200 cheaters among the two million players. That’s only 0.01 percent of the entire community. But they wanted to set an example early on. In addition, cheaters are also slowed down by matchmaking restrictions. Except alone or against other “outlaws”, the cheaters will hardly be able to play.

What is considered cheating?

But what is considered cheating anyway? Anyone who plays the game on the PC without the Easy-Anti-Cheat (EAC) software will be punished. Mods to improve the character are also frowned upon. The manipulation of the game time for time-dependent challenges is also prohibited. The same applies, of course, to gameplay changes such as aimots or wallhacks.

By the way, cheaters still have the chance to apologize and start a new digital life with a clean slate: If you cheated during the demo “to try it out”, you can start from scratch as an honest player if you have all the characters and Deletes items on his entire account, according to the studio.

Recall at Edeka aktuell: Warning of baby food in Germany

Shinji Ono is moving within Japan at the age of 41

First conversation after the storm on the Capitol: Trump’s Vice Mike...

MacX MediaTrans: Good iPhone and iPad manager is currently being given... 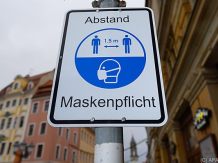