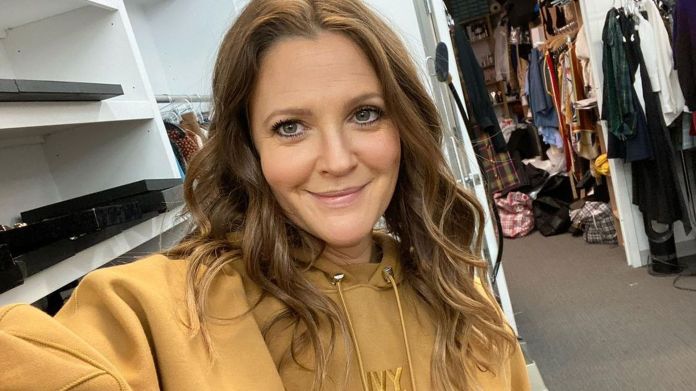 Not every woman likes to think back to her first love, because the once chosen one turns out to be a misstep or a youthful sin – not so with actress Drew Barrymore (46). The American who starred as a child in Steven Spielberg’s (74) strip ET – the alien became known, is now also out and about as a presenter in the television landscape and shares open-hearted details there about her first experiences with love. Now Drew has revealed that her first boyfriend was the famous actor Breckin Meyer!

Drew revealed the identity of her boyfriend quite unplanned in an interview with Scrubs actor Donald Faison (46). She had it on her TV show The Drew Barrymore Show invited as a guest. Donald reviewed his first meeting with Drew here. Apparently she wasn’t traveling alone with them, but with the Clueless star Breckin Meyer (46), through whom the two would then have met. “Breckin Meyer […] was my first friend in elementary school, so to speak “Drew said surprisingly in the talk and explained how the connection to the well-known actor came about.

But how did Donald Faison know Drew’s childhood friend? The actor, who was best known for his humorous doctor series, previously had a job in the film business. As the sidekick of Breckin Meyer, who played the role of Travis Birkenstock, the Dr. Turk actors can already be seen in “Clueless” in 1995!

“Mole” robots on Mars have to give up

Drugstores offer corona rapid tests: This is how the process works...

Vettel fears the disappearance of Formula 1 in the “irrelevance”

Despite virus mutation: Germany and France against border controls

Why Schalke 04 agree to a Kutucu loan