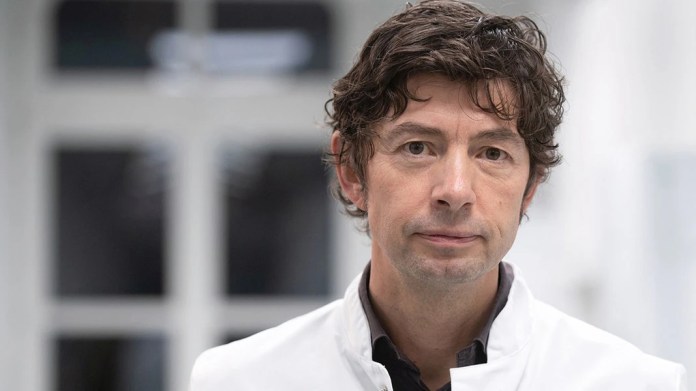 His impression was that the discussions about vaccination logistics and prioritization were becoming more and more confusing to the public, said Drosten. A kind of German perfectionism is also emerging at the planning level, which wants to regulate centrally and with a small-scale appointment system who is to be in turn when, when significantly more vaccine is available from the second quarter. The head of virology at the Berlin Charité calls for those who can also assess their patients to be included in logistical planning: general practitioners and company doctors. They would know better than anyone else who, for example, suffers from diabetes, extremely overweight or high blood pressure and therefore carries a higher risk of Covid-19 disease than others. “You know his Pappenheimer as a family doctor. This human factor is not used at the moment,” said Drosten.

AstraZeneca approval for everyone soon?

After individual protection in risk groups, civil protection must be built up quickly, possibly also through adjustments to the prioritization – as is now done with the advancement of teachers and educators. “I’m worried how long it will take while the clock is ticking,” said Drosten. You have to use all ways to speed up the vaccination rate. And this not only includes the strategy of efficiently inoculating the initial dose when sufficient quantities are delivered.

The approval of the vector vaccine from Johnson & Johnson in the EU, of which only one dose is required, is expected in mid-March. In addition, Drosten assumes that the Standing Committee on Vaccination AstraZeneca vaccine will soon be released to all ages. According to recent studies on the effectiveness after the first dose from Scotland, England and Israel, the vaccine actually performs slightly better in older people than in other age groups. Since this vaccine can be stored in the refrigerator, it will probably also “flip the switch for general practitioners,” said Drosten.

“You know your Pappenheimer as a family doctor. This human factor is not being used at the moment.”
Christian Drosten

DIVI model: be careful with loosening

In view of the lack of herd immunity in Germany, Drosten also pointed out the possible consequences of far-reaching easing before the federal-state consultations on Wednesday. “As a citizen, I fully understand that you want relaxation,” said the virologist. But: “You also have to say what will happen then: that the incidence will rise again.” Drosten considers modeling of the German Interdisciplinary Association for Intensive Care and Emergency Medicine (DIVI). On the basis of certain assumptions such as vaccination speed, existing immunity and protective effect of vaccinations, this comes to the conclusion that intensive care medicine would inevitably be heavily burdened again in May if one allowed extensive relaxation.

Do not expect a seasonal effect

One could not hope for a seasonal effect, i.e. more sun and warmth results in fewer infections, said Drosten. With a view to last summer, this is often used as a murderous argument, but it is not scientifically tenable. The number of infections after the first wave was lower and the virus was unevenly distributed among the population.

Researchers are currently focusing primarily on the British virus variant. In Germany, around 50 percent of new infections are currently due to B.1.1.7, and only one percent to the South African variant (B.1.3.5.1), estimates Drosten. While the British variant will continue to spread with us due to its easier transferability, there is currently no reason to fear that the proportion of coronavirus infections with the South African mutant will also rise sharply.

Immune protection develops with the virus

The virologist does not share the concern about ever new variants, such as those that have now emerged in New York and California. The virus is developing, but at the same time immune protection is developing. Sars-CoV-2 will be an endemic virus, i.e. one that will last, said Drosten: “But we don’t have to worry about evil variants in the future.”

Before the federal-state summit, openings for regions with a seven-day incidence of less than 100 are being discussed. More corona news in the live ticker. more

The virologist Christian Drosten provides expert knowledge in the podcast Coronavirus Update – together with virologist Sandra Ciesek. Here is an overview of all the episodes. more

Who researches corona vaccines? How do they work? Who will get it first? Who finances the research, who benefits? more

Cabaret artist Idil Baydar in the Checkpoint podcast: “We Berliners are...

Poor, rich girl: the fate of Princess Leonor of Spain