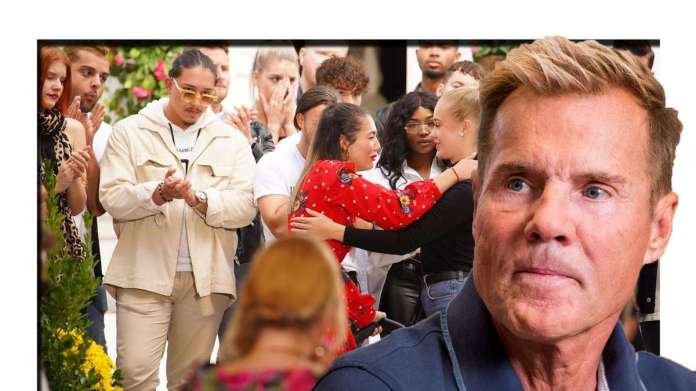 DSDS (RTL): After leaving the casting show, Katharina Eisenblut is now revealing a dark secret – her leg injury would have been much more than a “normal” break. But she did not inform the broadcaster about it.

Cologne – In this year’s season of “Deutschland sucht den Superstar” one scandal follows the next. Not only do the jurors (Dieter Bohlen, Maite Kelly and Mike Singer) make a name for themselves, but also the candidates. First and foremost: Katharina Eisenblut, who is often referred to on the internet as the “most annoying candidate of all time”. After her dramatic expulsion in the recall final, the candidate has now revealed that there is much more to her broken leg. So she still has to struggle with long-term consequences today.

True fans should have been aware for a long time that with the “DSDS” TV format not always what it seems: The frequencies are cut together and often appear in a completely different context on TV, and all for one reason: To offer the viewer the best possible entertainment. Katharina Eisenblut also had to experience this, which is why she wanted to bring her view of things closer to the viewer in an interview with OK-Magazin. (All broadcast times at a glance)

So their intended exit on Mykonos was not the mutual voting exit, but a violent insult to a fellow campaigner. But that’s not all. Because what the audience didn’t notice: Katharina’s leg injury was much more than a normal fracture and involved a complicated operation. For weeks Katharina Eisenblut stood seriously injured on the stage.

Subscribe to our Telegram channel now and be the first to read our best stories.

There are things that unfortunately could not be seen in this way. On TV it was said that I ‘only’ broke my leg. But that was not the case. Not only was my leg broken, it was splintered. That means my leg wasn’t wrapped in a cast. The leg should have been operated on after two to ten days.

DSDS: Because of participation – Katharina decided against surgery

But the operation would have been linked to the DSDS exit, which is why Katharina made a conscious decision not to tell the broadcaster anything about the doctor’s findings and only to have an operation after participating in the RTL show. To this day, she has had long-term consequences and even had to learn to walk properly again.

DSDS: From Alexander Klaws to Ramon Roselly – all winners of the RTL casting show

I have had an operation and I have a huge scar on my ankle, which is really obvious. I’m still fighting about it today. I had to learn to walk properly again. These things were never shown.

Who the current episode of “Germany seeks the superstar“Missed on RTL, can watch all issues of the 18th season on TVNOW.

Opposition foams because of the law to the “most free”

Donald Trump: US President leaves Washington behind after riots

“Stable below 35 for two weeks”: Merkel explains the next steps...

Doubts about Astra-Zeneca vaccination against Corona

File corrupts hard drive as soon as it is downloaded

Coronavirus in Germany and the world: RKI reports around 18,000 new...