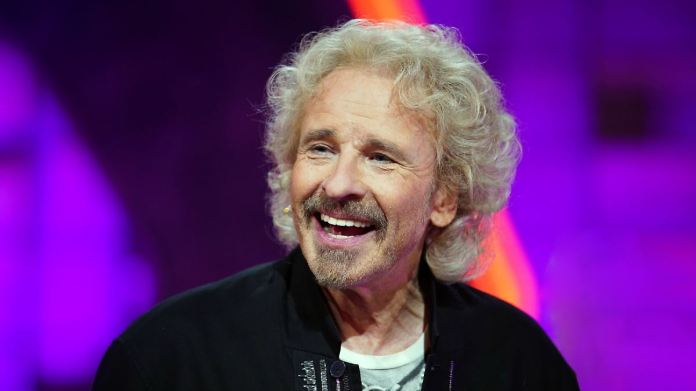 DSDS – the semifinals
Lots of soul for the last act

Maite Kelly, Mike Singer and Bohlen substitute Thomas Gottschalk keep their fingers crossed: In front of the imposing industrial backdrop of the Duisburg landscape park, nine distinctive voices fight for a place in the grand DSDS finale.
Behind the remaining nine final candidates lie the most turbulent weeks in DSDS history. First the Wendler drama, then the casting rollercoaster rides, including emotional song battles on Mykonos, followed by the early departure of jury legend Dieter Bohlen and the spontaneous entry of prime-time icon Thomas Gottschalk: Yes, the preparation time before the important ones Live shows have certainly imagined one or the other vocal talent a little differently.

But it’s too late to complain now. If you want to cling to the superstar crown, you have to have a thick skin, and you mustn’t be disturbed by surprising business disruptions.

After the first inspection of the candidate files, Thomas Gottschalk is already in the best of hands. Maite, who sparkles entirely in gold and black, is also enthusiastic about the remaining nines: “Everyone deserves it!”, Says the former houseboat owner. But there is no pressure under the jury spotlights. Show companion Oliver Geissen explains once again to be on the safe side: “The expert judgment of the jury is as relevant today as a bumper car driver’s license!”

After a relaxed collective performance, things get down to business straight away. In three groups of three and each time in solo mode, the nine newcomers once again pull all the musical jokers out of their sleeves. The three distinctive woofers Karl, Jan-Marten and Starian set the sound bar high right from the start.

Maite isn’t the only one who likes to prick up his ears for grumpy club pop and a minor roller coaster ride with Tom Walker, Seal and The Weeknd. Mike and Thomas are also blown away: “Since Ed Sheeran at the latest, we have known that people who wear glasses can also become world stars”, the curly show titan cheers the visibly relieved Jan Marten.

On the karaoke tracks of Sia, Charlie Puth and Lea

Yes, so shortly before the big final break, only the highest quality is on board. The next three candidates also prove that they have what it takes for official pop careers. Walking in the karaoke tracks of Sia, Charlie Puth and Lea, Pia-Sophie, Daniel and Michelle really give it a go.

Wrapped in a transparent curtain and with a lot of falsetto steam on the colorful pan, drag bird Daniel finally shoots the performance bird. Thomas Gottschalk can hardly stay in his chair: “You are a performing arena horse!”, The Saturday evening pope ennobles the visibly moved “Ludi” from Cologne.

Kevin puts everything on the Richard Marx card

The last three bards really don’t have it easy. After six high-quality competitor appearances, Daniele, Jan and Kevin now want to go one step further. While Posterboy Daniele and Schmirgelröhre Jan try their luck in the slipstream of BTS and Johannes Oerding, format comebacker Kevin puts everything on the Richard Marx card – with success.

After Olli Geissen’s popular number rodeo, the audience at home catapults the completely dissolved Kevin into the big DSDS finale. Jan-Marten, Karl and Starian will also be there next Saturday. Unfortunately, one woman did not make it to the final this time. Tommy’s “ring horse” Daniel has finished too. It may be that the final act may lack a bit of glitter and glamor. In terms of sound, however, there is nothing to complain about. At least not for those who like voluminous soul voices.

Like Guttenberg, only in Dada: Briefly, ‘Minister falls over university cheating

AR glasses will replace smartphones by 2030

TV year 2020: These are the most watched channels in Germany...