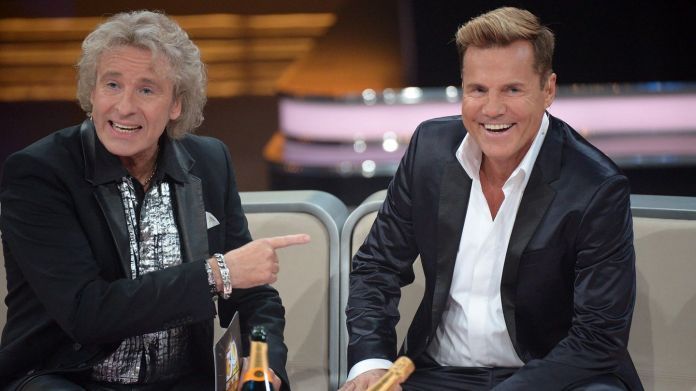 Dieter Bohlen directed the casting show DSDS for almost 20 years. But this Saturday, Thomas Gottschalk will take his place on the jury chair. Meanwhile, the pop titan is celebrating defiantly on Instagram.

“Germany is looking for the superstar” was something like his life’s work: For almost two decades Dieter Bohlen put his stamp on the casting show with often snotty sayings, and from 2007 also on the “super talent”. And so you can only guess how deeply the decision of the private broadcaster RTL must have made him to continue without planks in the future.

The pain is obviously deep. Because Bohlen has deleted the highlights of the casting show on his Instagram profile and called in sick for the last two live shows. However, RTL immediately found a replacement – and presented Thomas Gottschalk as the successor for the last two shows. The presenter, of all people, with whom Bohlen already sat on the “Supertalent” jury for a season in 2012.

It was an attempt to bring two big egos together. It can be considered a failure. Afterwards they both spoke badly about each other in public. Dieter was not a team player, Gottschalk teased. In return, Bohlen accused him of having failed in the “super talent”.

Gottschalk instead of Bohlen: The new DSDS jury

Bohlen can’t taste the fact that Gottschalk, who is loved by everyone, is taking over his traditional place in the jury. So far, he has not made any public statements about his end in “Deutschland sucht den Superstar”. The otherwise communicative musician has also been silent on Instagram for two weeks.

For this he shared a somewhat bizarre “World” article in his Instastory on Saturday. There he provides his followers with a hymn of praise to read in full. Under the heading “Erect a memorial for Dieter Bohlen!” praises author Frédéric Schwilden the work of “Poptitans” in the highest tones. Bohlen had “done more for beauty and art in Germany than ten Ministers of State for Culture Monika Grütters put together,” it says in a completely unironic way. “He even touched more people than Amma, that Indian faith healer who always hugs everyone.” Bohlen’s resignation shows “how little Germany understands beauty and art”.

“The biggest problems take care of themselves”: This is how Bohlen and Co. react

This is an adventurous article even for the “world” who likes to come up with steep theses just to provoke. Which culminates in Bohlen being mentioned in the same breath as ex-Beatle Paul McCartney and Brian Wilson from the Beach Boys.

On the other hand, if Bohlen was found to be good enough to fold young musicians for 20 years, then he deserves a little appreciation. Bohlen can rightly enjoy it – he will soon have plenty of time to read the newspaper.

Lovesickness? THIS is how Daniel feels after being kicked off...

UN squabble for help for Syria – Russia and China attack...

Klagenfurt and Innsbruck lost away games in the 2nd division –...