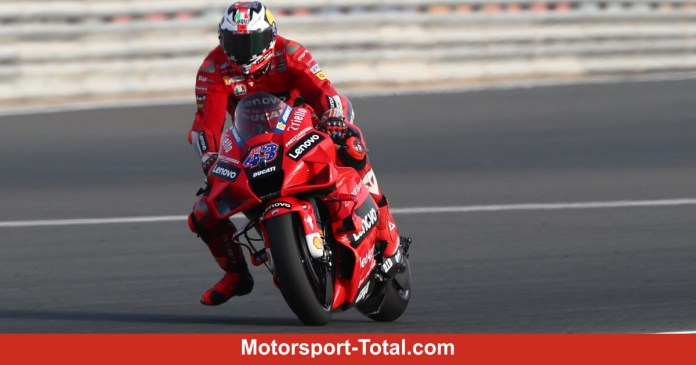 (Motorsport-Total.com) – The Ducati works team presented itself in top form during the second free practice session for the first Grand Prix of the MotoGP season 2021 in Qatar. Jack Miller set the day’s best time with a 1: 53.387 lap (for the FT2 result). Team mate Francesco Bagnaia followed in second position just 0.035 seconds behind.

Yamaha brought all four riders into the top 10. World champion Joan Mir (Suzuki), all four KTM riders and Stefan Bradl (Honda) failed to make it into the top 10 and have to hope for improvements in the FT3 in order to move directly to Q2 to qualify.

The lap times in FT2 were significantly faster than in FT1. Franco Morbidelli (Petronas-Yamaha) set the fastest time in FT1. The Italian was the only one of the 22 MotoGP riders to beat 1:55 minutes. With his 1: 54.921 lap, Morbidelli was 0.125 seconds faster than Aprilia rider Aleix Espargaro in the first practice session of the new MotoGP season. 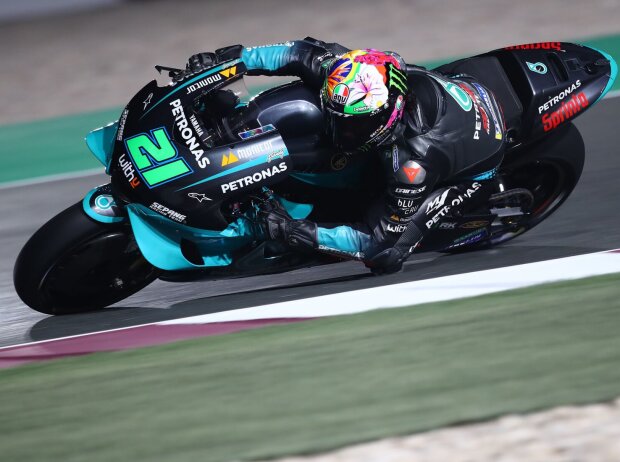 With significantly lower temperatures in the FT2, the times tumbled after just a few laps. After seven minutes, six drivers had recorded 1:54 times when the session was unexpectedly interrupted. There were debris on the start / finish straight. But these did not come from a motorcycle. Apparently parts of the crossing had loosened.

After a short cleaning action, the FT2 could be continued. At the restart, Jack Miller led the way. In the third lap the Australian drove a 1: 54.571 lap. Just behind them, team mate Francesco Bagnaia ensured a Ducati one-two lead.

On the sixth lap, Aleix Espargaro undercut the best time by more than 0.6 seconds and moved up to the top with a lap of 1: 53.789. After 15 minutes of training, nine drivers had already achieved 1:54 times. Aleix Espargaro was the first driver under 1:54 minutes. 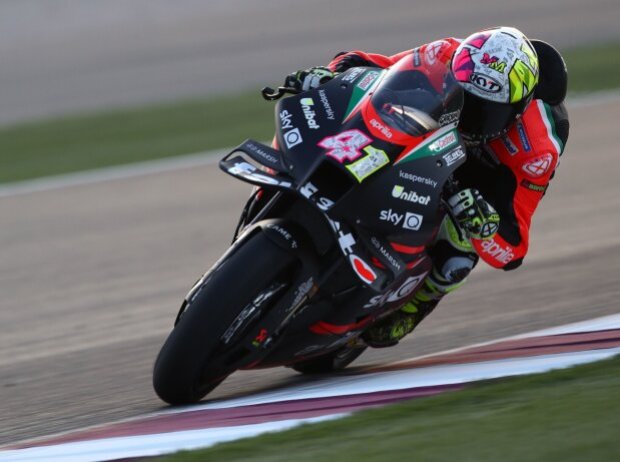 The Aprilia pilot’s time remained untouched for a long time because the drivers drove longer stints. But in the final phase, the drivers pulled out again with fresh tires. 15 minutes before the end of FT2, Yamaha works driver Fabio Quartararo failed by 0.077 seconds on Aleix Espargaro’s time and moved into second position. One lap later, Quartararo took the lead with a 1: 53.697 lap.

In the final twelve minutes, the lap times tumbled. Francesco Bagnaia took the lead with his factory Ducati and reduced the fastest time to 1: 53.422 minutes. The remaining 21 drivers were now chasing the Italian’s fastest time.

Jack Miller undercut his teammate’s time by 0.035 seconds and took the lead shortly before the end of FT2. The clock stopped at 1: 53.387 minutes. Behind the Ducati works duo followed at the end of the FT2 Fabio Quartararo as the best Yamaha rider. The Frenchman was 0.188 seconds behind Miller’s fastest time. 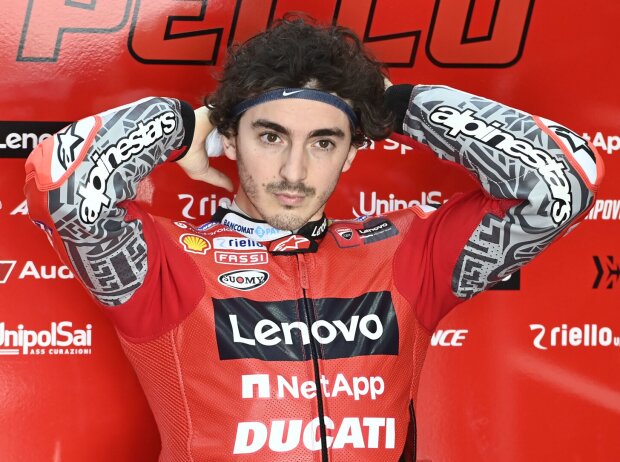 A fall by Honda works driver Pol Espargaro caused some riders to lose their personal bests in the final attempt, as yellow flags were waved. As a result, improvements were no longer possible. Espargaro had crashed at Turn 15, but was on course for Q2 in tenth place at the end of the first day.

The world champion outside the top 10

MotoGP world champion Joan Mir (Suzuki) narrowly missed making it into the top 10 in eleventh place. In the FT2 I drove 0.527 seconds slower than Jack Miller. The defending champion was only 0.013 seconds short of tenth place.

According to the current status, Stefan Bradl (Honda), who was only 18th, is also not directly qualified for Q2. The Zahlinger was 1.247 seconds behind, making him the slowest Honda driver.

And the FT2 didn’t go well for KTM either. Factory driver Brad Binder was the best KTM driver in 16th place and was 0.984 seconds behind. Team mate Miguel Oliveira found himself in 19th position. Tech 3 KTM riders Danilo Petrucci and Iker Lecuona took positions 20 and 21. Only rookie Lorenzo Savadori (Aprilia) was slower.

Ski areas only open until Christmas, curfew from 10 p.m., extended...

Fear of the corona outbreak: Hong Kong seals off the entire...

Vinales speaks of frustration from the soul: “It is always the...