Three weeks ago, Prince Harry and Duchess Meghan caused a stir with their interview on US television. It still hasn’t picked up. Now the father of the ex-actress also wants to unpack.

Thomas Markle has apparently turned to Oprah Winfrey with a petition. Like his daughter, Duchess Meghan, he would like to present his view of things to the public. Because in the interview of the Sussex couple, which first aired on US television, the two not only made revelations about life inside the palace walls, the former “Suits” actress also spoke about the relationship with her father, accusing him of treason. The 76-year-old does not want to let that sit on him, as the British newspaper “The Sun” reports.

He too now wants to describe his view of things in an open conversation. Like his daughter, he also wants to speak to Oprah Winfrey. He allegedly sent her a letter “in which he asked her to contact him,” “The Sun” quotes an insider who was not named.

Thomas Markle handed the letter to a security guard in front of the house. The sheet shows paparazzi shots of the situation. The message “was not intended for Meghan and Harry, but for Oprah” – the couple and the businesswoman live about a mile apart in Montecito, California. Thomas Markle, the source says, “saw the interview […] and thinks that he deserves a chance to speak his mind. “Whether that actually happens remains to be seen.

Member of the Bundestag dies on the return flight from Cuba...

Do you still know? When VfB Stuttgart was sensationally German... Attack in Vienna: “Blatant failures of the protection of the constitution” 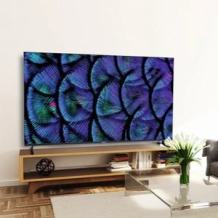 Drosten study confirms: This is the ideal place for superspreading events