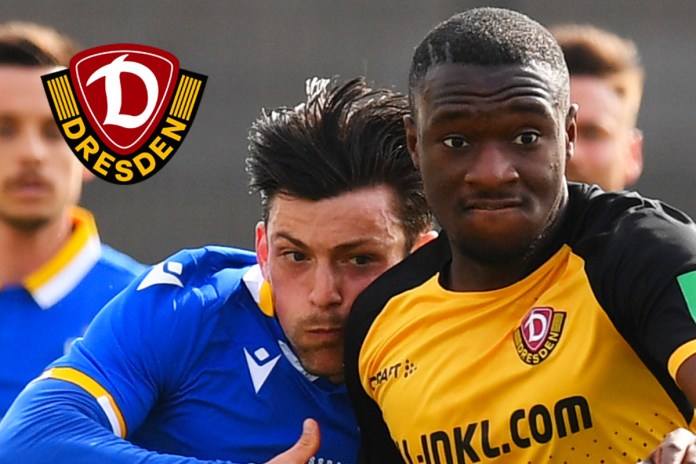 In the 5-0 test match against Jena, Agyemang Diawusie shone with two goals, an assist and a penalty.

Dresden – Someone did an advertisement for himself: Agyemang Diawusie (23) shone at the 5-0 in the test against Jena with two goals, an assist and a penalty won for Dynamo Dresden.

Can you recommend yourself to the trainer like that? “You can,” says coach Markus Kauczinski (51).

Prepared the second goal, scored the third and fourth, and took a penalty. Diawusie did not give the impression of hanging her head. That was joy in playing.

In the championship he last kicked on January 12th at 0: 1 in Mannheim and that only for twelve minutes. That was his 16th and so far last assignment. After that he was gone, was not even in the squad.

But that’s how he played himself back to the coach’s memory.

“The last game we played internally, Luka Stor used it. He made the leap in there. Why shouldn’t that be the case with ‘Agy’? That’s what games like this are for,” Kauczinski encourages.

Diawusie ran up against the storm and showed that he can do it.

“We have already done that, we have already substituted him at the front. He is able to play that. We then put him on the right again. If he is there, he has to be able to do both. He’s defensive and offensive well done, “praises the coach.

“Anne Will”: “Hard lockdown will not get us any further,” says...

The Admira hands over the red lantern to Altach

Spring in Salzburg is announced next week