The adjusted operating result (EBIT) for the group rose by 17 percent to 3.776 billion euros and was thus at the upper end of the forecast that was revised downwards in August of between 3.6 and 3.8 billion euros. Analysts had expected 3.738 billion euros. The bottom line is that E.ON achieved a 7 percent increase in adjusted net income of 1.638 billion euros; the expected figure was 1.5 to 1.7 billion euros. “The year 2020 has put many business models to a tough test due to the pandemic and the lockdown associated with it,” explained the outgoing CEO Johannes Teyssen. “E.ON, on the other hand, was able to close the financial year successfully without any significant effects, either as a result of the COVID-19 pandemic or the historically warm winter.”

The group, which was fully consolidated after the Innogy takeover, was able to increase its sales by 48 percent to 60.944 billion euros. In relation to the E.ON shareholders, earnings per share were EUR 0.39, compared with EUR 0.68 in the previous year. The Essen-based DAX group wants to increase the dividend by just one cent to 0.47 euros per share, but is sticking to its promise to increase it by up to 5 percent annually until 2023.

The company was able to limit negative earnings effects as a result of the pandemic to just under 300 million euros. By 2024, synergy effects of 780 million euros should also be achieved through the billion-dollar deal with RWE. A trend reversal also succeeded at the Innogy subsidiary NPower in Great Britain: There was still a loss of almost 200 million British pounds in 2019, but this year there should be an increase of more than 100 million pounds.

E.ON wants to reduce its debt burden faster. The DAX company has specified its debt target of 4.8 to 5.2 times EBITDA (leverage factor). This goal should surely be achieved by 2022. On the basis of current developments and with a view to the level of market interest rates, there are “very good chances” of achieving this goal “even this year,” said CEO Johannes Teyssen in his speech at the balance sheet press conference.

According to the 2020 annual report, the aim is to reduce the debt factor to around 5 in the medium term. At the end of December this figure was 5.9 “as expected, above this medium-term target”. The goal is to be achieved primarily through increased earnings in the core business and the realization of synergies in connection with the Innogy transaction, the annual report continues.

E.ON wants to oblige managers to be sustainable

The energy supplier wants to tie the performance of its top employees even more closely to sustainability goals in the future. The aim is to embed ESG investment criteria (Environment, Social, Governance) “with specific goals for greenhouse gas reduction, safety and diversity in our long-term incentive system for all management levels at E.ON”, said the designated CEO Leo Birnbaum on the occasion of the presentation of the annual figures. Details are to be announced before the Annual General Meeting on May 19.

E.ON also wants to earn money from the EU Commission’s Green Deal. The group has identified around 200 specific projects in its markets, for example in the areas of intelligent and digitized networks, broadband, hydrogen and decarbonised district heating, emphasized Birnbaum. More than 80 percent of the investments are already compliant with the EU taxonomy.

E.ON has set itself the goal of becoming climate neutral by 2040 and increasing efficiency by 7 percent annually. The greatest challenge here is the high network losses that arise, for example, from heat losses when the load is increased, emphasized Birnbaum. By 2050, indirect emissions from suppliers, for example, should also drop to zero. In the process, the group also wants to be validated according to scientific criteria in accordance with the Science-Based Target Initiative.

Helene Fischer is on stage with Florian Silbereisen 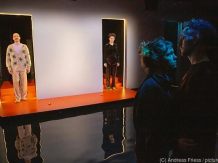 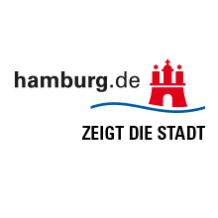 Final spurt at Nordlink between Norway and Germany