One hour of darkness for the climate – people around the world have set an example for climate protection with the “Earth Hour”. In Germany, on Saturday evening at 8:30 p.m., more lights were switched off than ever before.

Despite the restrictions caused by the corona pandemic, people in many parts of the world have set an example for climate protection with the “Earth Hour”. At 8.30 p.m. local time, the lights were switched off on well-known buildings.

According to the WWF, there was record participation in Germany. Not only the Brandenburg Gate, Neuschwanstein Castle or the Frauenkirche in Dresden were in the dark, but also industrial monuments such as the Duisburg Landscape Park and football stadiums such as the arenas in Mönchengladbach and Schalke. In addition, 575 cities and municipalities took part, together with 448 companies at 716 locations.

WWF calls for speed in the expansion of renewable energies

In addition to communities and companies, countless people celebrated the “hour of the earth” in their own four walls, explained the WWF. The record turnout shows that in the super election year 2021, nobody can ignore climate protection.

With a view to the federal elections and the future federal government, the WWF called for a massive increase in the pace of the expansion of renewable energies. The proportion of clean energy from wind and sun must increase to 80 percent of gross electricity consumption by 2030. In addition, all climate-damaging subsidies would have to be dismantled.

The “Supertrees” of Singapore: The spectacular, up to 50 meters high structures made of steel and concrete are modeled on sequoias. At night they glow in green, blue and purple light.

Today, on the other hand, the moon made its grand entrance – at least for an hour.

In Europe, on the occasion of the 15th “Earth Hour”, the lights on the Eiffel Tower in Paris and the Colosseum in Rome went out. Numerous cities worldwide took part, including Singapore, Tokyo, Moscow with the Kremlin and Sydney with the world-famous opera house. In Brussels, the lights at the headquarters of the EU Commission went out. Small actions could make a big difference, tweeted Commission President Ursula von der Leyen. “Especially when the world acts together.”

The event, which has been held annually since 2007, calls for action in relation to climate change and the environment. This year, the organizers also wanted to point out the connection between the destruction of nature and the increasing incidence of diseases that are spreading from animals to humans – including probably the Covid-19 disease caused by the coronavirus.

Lacey is pregnant, Miz is out, Alexa horror in the gauntlet

Popular Xiaomi smartphone available for a short time at the all-time...

So far 1.4 million animals have been killed in Germany 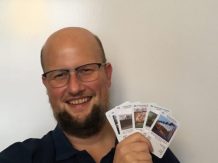 Before the Federal Council’s decision on lockdown – Berset wants to...