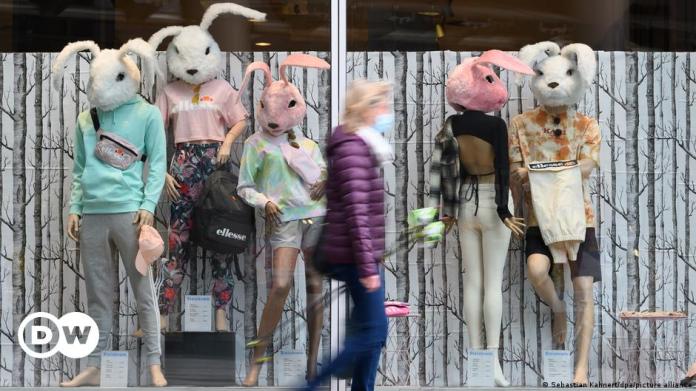 The Easter lockdown decided by the federal and state governments has caused great uncertainty among many companies – and massive criticism. “The mood is subterranean,” said a large business association. Desperate entrepreneurs, HR managers or logisticians now wanted to know what to do – and what applies now. Many associations and companies are eagerly awaiting what exactly the “rest days” mean.

Unprecedented step in the pandemic

In a marathon session, Chancellor Angela Merkel and the heads of government of the countries surprisingly decided to largely shut down economic and public life over Easter – an unprecedented step in the pandemic. The aim is to break the third corona wave. Maundy Thursday (April 1st) and Holy Saturday (April 3rd) are to be regarded as “rest days” once this year. Only grocery stores should be allowed to open on Holy Saturday.

So does that mean that many companies are not working now, can this lead to a production stop in industrial factories? What does this mean for international supply chains? And what for the employees, keywords holiday bonuses or continued pay? Many associations are perplexed about this. Many letters were sent to ministries. The government did not answer the day after the Bund-Länder-Round. The Federal Ministry of the Interior should now work out a model ordinance by evening to clarify the many questions.

A cafe owner in Friedberg writing on his “price board”

“Sudden shutdowns are not feasible for an internationally networked economy,” warned the President of the Association of the Automotive Industry, Hildegard Müller, on Tuesday after a “car summit” with Chancellor Angela Merkel. There are many unanswered questions about the implementation of the “special lockdown”: “Coating plants and energy centers and much more cannot simply be shut down on demand.”

“Vaccination and testing instead of lockdown and pause”

But there are also logistical challenges, for example you need a public holiday driving license, and emergency systems have to be ready for use. The industry expects sensible and practicable regulations geared towards entrepreneurial activities, which can also be implemented in a legally secure manner, continued Müller. In addition, the workplaces are a safe place: “We rely on vaccination and testing instead of lockdown and break.”

The mood in the economy is heated. Even companies that could still reasonably plan under difficult pandemic conditions turned the wheel, said an insider. Can goods still be delivered? Otherwise there is a risk of contractual penalties or even longer-term damage such as the loss of previously loyal customers because deliveries cannot be made at short notice. Politicians have not thought through the consequences of the sudden Easter lockdown at all, according to other associations behind closed doors. The result could be severe damage to the economy – also to industry, which is currently getting through the crises even better than other sectors that, like the catering trade, have been plagued by months of closings.

The top representatives of the business associations had already gone on a confrontational course on Tuesday – directly after the decisions of the federal and state governments. Employer President Rainer Dulger spoke of great perplexity and complained that Germany was facing difficult challenges, Corona management was one of the toughest challenges: “Many employers are appalled at how federalism and the political elite threaten to fail because of this challenge.”

“The money comes from the socket”

Reinhold von Eben-Worlée, President of the Association of Family Entrepreneurs, railed: “The two days of rest on Maundy Thursday and Holy Saturday should apply like public holidays – thus also for all services, for craftsmen and for industry! Who pays for this additional loss? In the government the motto is apparently: The money comes from the socket. ” Industry President Siegfried Russwurm criticized: “While other countries are vaccinating and testing more and more quickly in order to preserve the freedom of their citizens, Germany is now imposing rest periods.”

The economy itself is under observation, it is about corona tests for employees. The federal and state governments initially continue to rely on the voluntary nature of companies. At the beginning of April there will be an initial implementation report from trade associations stating how many companies are participating. On this basis, the Federal Government then wants to assess whether there is still a need for regulatory action – in other words, whether there are legal requirements. 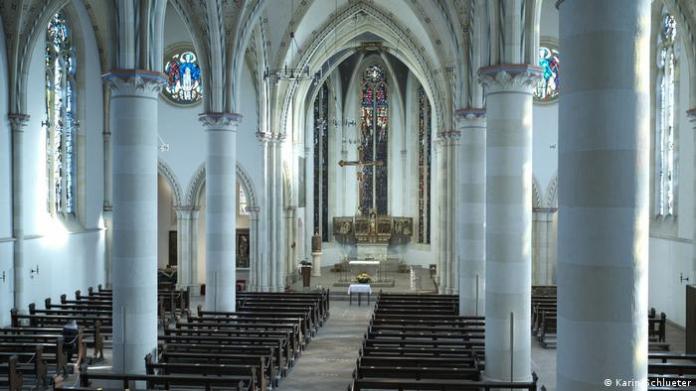 Should it look like this in the Sankt-Nicolai-Kirche in Lippstadt at Easter in all German churches?

Federal Interior Minister Horst Seehofer, meanwhile, distanced himself from the federal-state decision to ask the churches to refrain from attendance at Easter this year because of the corona pandemic. His house did not make this suggestion, although it was responsible for religions. “I was amazed that parties that have the C in their name urge the churches to refrain from worship, especially at Easter,” Seehofer told the “Bild” newspaper.

Seehofer: There is no ban on church services

The CSU politician emphasized that there was no ban and no requirement to skip services at Easter. “I would like to point out that this is a request,” he added. Very early on in the pandemic, the Ministry of the Interior worked out hygiene concepts together with the churches, “which are still working perfectly today”. 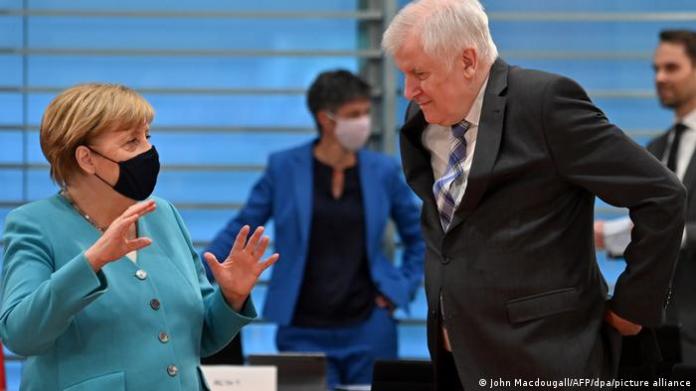 The health authorities in Germany reported 15,813 new corona infections to the Robert Koch Institute (RKI) within one day. In addition, 248 new deaths were recorded within 24 hours. Exactly one week ago, the RKI reported 13,435 new infections and 249 new deaths. The number of new infections reported within seven days per 100,000 inhabitants (seven-day incidence) nationwide is 108.1 – and thus slightly higher than on Tuesday (107.3).

The Robert Koch Institute has counted 2,690,523 detected infections with SARS-CoV-2 in Germany since the beginning of the pandemic. The actual total number is likely to be significantly higher, as many infections are not detected. The total number of people who died of or with the involvement of a proven corona infection rose to 75,212.

Test run in several cantons – the vaccination is here –...

Fasel as the court jester of a dictator – also the...