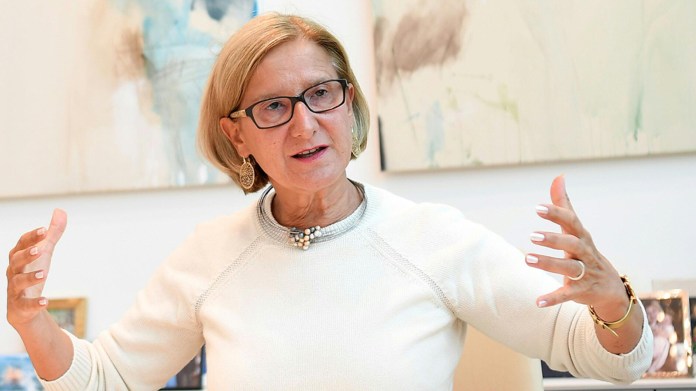 “I can assure you that no one has any pleasure in imposing restrictions on people,” said Governor Johanna Mikl-Leitner (ÖVP) after the tough negotiations at the “Eastern Summit”. There, the governors discussed the Corona situation in Lower Austria, Burgenland and Vienna with Minister of Health Rudolf Anschober (Greens). According to Anschober it is “not the time for openings”. The reason for this is the “third wave” with increasing numbers of infections and dwindling resources in the intensive care units – especially in the federal capital. In the east of Austria, the situation is most difficult due to the British virus mutation, which is most raging here.

Therefore, contrary to the original announcement, the pub gardens will remain closed from March 27th. Instead there will be an “Easter rest”. From Maundy Thursday (April 1) to Easter Tuesday (April 6), exit restrictions apply around the clock in Lower Austria as in Vienna and Burgenland. The trade and body-friendly service providers are closing again – with the exception of shops for daily needs (supermarkets, pharmacies, …). In addition, the FFP2 mask requirement is being expanded – both indoors and outdoors, in heavily frequented places. The measures are also becoming stricter in the workplace and in schools: In companies, tests are to be carried out on a weekly basis or they are to be switched to home office. On the days after Easter, students learn again in distance learning. Border controls for commuters are also tightened.

Mikl-Leitner campaigned against the closings of the trade in advance. Experts were of the opinion that there was hardly any infection there, she explained. The governor now refers to the compromise that may have been reached: “We made a conscious decision against a two-week lockdown,” she says. Only for a rest period of four days. In order to secure the livelihood of families, it is important that the failure bonus takes effect here, said the governor. After that, according to Anschober, there will be access tests for retailers.

No fireworks sale, firecrackers ban: Berlin plans with a state of...

Mysterious Murder in Canada – Who Killed the Billionaire Couple?

Coronavirus in Germany: 3.3 percent of Munich residents had antibodies at...

Environment of the still-first-lady: Melania Trump only wants to go home

After the clubhouse success, Facebook is planning its own audio network