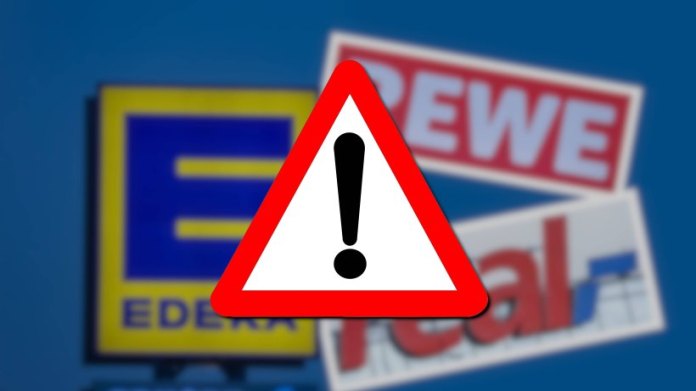 Edeka, Rewe, Real, Netto: call back! THESE snacks can be dangerous

Under no circumstances should customers eat the product in question, which is why the supermarkets have launched a nationwide recall.

So be at Edeka, Rewe, Real, Netto and Co. currently recalled several snacks. These are almonds and trail mix: there is a risk of poisoning!

+++ Easter weather: is the next cold whip coming soon? These are the prospects +++

The suspicion: so-called bitter almonds could have crept into some packages.

Bitter almonds naturally contain high levels of amygdalin – a chemical compound from which hydrogen cyanide is released during consumption and digestion.

Hydrocyanic acid poisoning can lead to severe headaches, dizziness and nausea. In particularly bad cases, bluish discoloration of the skin and feelings of suffocation are possible, as hydrogen cyanide can block important enzymes in cell respiration.

+++ Vacation on the North Sea: man is looking for a holiday home on Sylt – and can not believe what he discovered +++

In detail, the following products are affected with the corresponding batches and best before dates (BBD):

The articles were not only sold at Edeka, Rewe and Real, but also at other grocery stores such as Akzenta, Citti, Famila, FreshnessParadies, Kaufpark, or Transgourmet.

+++ Real: Customers out of control – HERE everyone wants to get a bargain +++

Affected customers can also return the purchased items to the relevant branches without presenting the receipt and receive a refund of the purchase price, as reported by the “produktwarnung.eu” portal.

At Real, a discount battle recently caused a rush of customers. The customers ran into the supermarket. Read more here >>> (at)

Indonesia: Body parts and debris discovered in search of aircraft

Ailing Bayern want to “give an answer” at Lazio

High loss: Condor was deep in the red in Corona

The year of the ITF World Tennis Tour in numbers: Players...