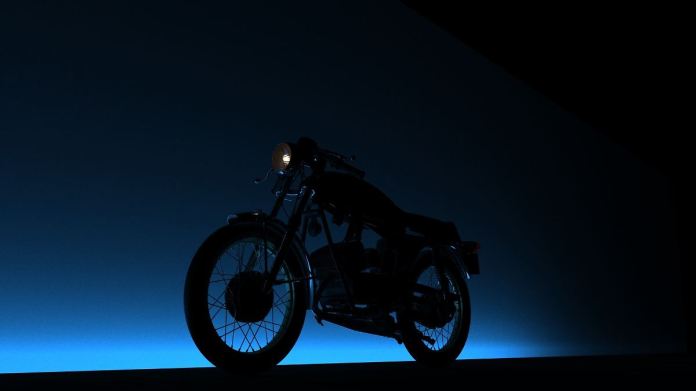 The name Famel was once a fixture in the two-wheeler market, as the Portuguese used Zündapp technology. Now the company is daring a fresh start. You want to start with a legend that indulges in the old look, but drives with a modern drive.
In the 1960s to 1980s, the Famel company made a name for itself in Portugal with its mopeds with Zündapp technology, among other things. The counterpart to the KS50 was called the Tejo XF-17. This XF-17 is now to be revived as an E-XF. Visually, it resembles the historical original in many ways, but technically it goes completely different: As the E in the model name already indicates, the revitalized “Mokick” is electrically powered.

The design of the E-XF is based on the preferences of the suburban rockers of the 70s with M handlebars and hump seat. A dummy tank also makes the modern-day famel look like a crackling box. The load-bearing tubular steel frame as well as the chassis with telescopic fork and a rear two-arm swing arm with spring struts on the left and right are also classically knitted.

However, there are also modern details such as an LED daytime running light ring in the round headlight or the display in the cockpit. In addition, where a 50s two-stroke once worked, there is a battery that supplies power to a hub motor integrated in the rear wheel.

The electric unit has an output of 7 hp, which allows a top speed of 70 km / h. Approval as a moped is also possible. Then the speed is reduced to 45 km / h. The battery capacity of around 2.9 kWh should allow a range of 80 kilometers. The charging time at the domestic socket is given as four hours.

The Portuguese want to deliver the first copies of a limited edition exclusively to customers in Portugal in 2022. The final price has not yet been determined, but should settle at around 4100 euros. Brand manager Joel Sousa is convinced that the market for electric two-wheelers in Europe will grow strongly in the coming years. That is why he plans to expand with Famel into other European countries and sell his e-bikes outside of his home country.

The number of unreported cases is slowly decreasing: Three percent of...

Porsche sets the pace: “Are significantly above the previous year’s figure”

Return to Russia: Why Navalny is threatened with arrest

Corona in Germany: Lockdown costs up to 2.5 billion euros every...