New electric cars are booming – not least thanks to high premiums. In return, used electric cars lose their value particularly quickly. But there are also bargain prices for leasing.

The first electric cars hit the market in 2012. The selection of used cars is correspondingly large today – often at bargain prices. The residual values ​​of three-year-old electric vehicles are currently around 51 percent, a tenth lower than they were for comparable cars a year ago. A year ago, the residual value was 56 percent, as an evaluation by Deutsche Automobil Treuhand (DAT) published on Wednesday shows.

An opportunity for the traffic turnaround?

For comparison: In February 2020, the percentage residual value of a three-year-old gasoline vehicle was around 56 percent, roughly the same as last year. Electric cars are currently losing value much faster than gasoline or diesel vehicles. The drop in prices is problematic for owners who want to sell their electric cars. Buyers, on the other hand, can look forward to bargain prices for used electric vehicles.

The drop in prices on the used car market for electric cars is, not least, an opportunity for the drive turnaround. Bernd Brauer, Head of Automotive Financial Services at Consors Finanz, recently underlined when the consumer study Automobilbarometer International 2021 was presented that buying a used electric or plug-in hybrid car is increasingly becoming an option .

The drastic drop in prices on the e-used car market can not only be attributed to the fear of some consumers that they will be technically left behind with a used car, but also and above all to the generous government subsidies for electric cars and plug-in hybrids. This depresses the price of new cars. Accordingly, the used ones are also worth less.

“The price difference between a new and a used electric car is often too small to make it attractive for the buyer to buy the used car,” emphasizes the head of DAT vehicle evaluation, Martin Weiss.

Application boom thanks to higher premiums

In fact, the increase in the environmental bonus introduced as part of the Corona aid package in July 2020 to up to 9,000 euros for electric cars and up to 6,750 euros for plug-in hybrids at the Federal Office of Economics and Export Control (BAFA) led to a real boom in applications.

Subsidies for used vehicles too – with restrictions

There is also state funding for used electric cars and plug-in hybrids – but only for young used cars. In order for buyers to benefit from the subsidy, the used vehicles should not have been older than twelve months and not more than 15,000 kilometers or have already received BAFA subsidies.

If all of these restrictions apply, buyers can look forward to 5,000 euros in funding for electric cars and 3,750 euros for plug-in hybrids.

For consumers who shy away from buying in the face of the drastic decline in the value of electric new cars, there may be another alternative: leasing. For example, offers for a Mazda MX-30 or an Opel Corsa e Edition for 94 euros per month are currently circulating on the Internet. Real bargains such as a Kia e-Soul for around ten euros, however, are reserved for traders.

In the case of e-car leasing, a down payment usually has to be made. However, the private consumer or trader only has to advance this. He receives the money back from the Federal Office of Economics and Export Control (BAFA) as part of the electric car subsidy. Apart from the monthly installments, only the costs for the transfer remain.

WAC on path to promotion in Europa League after 1-0 in... 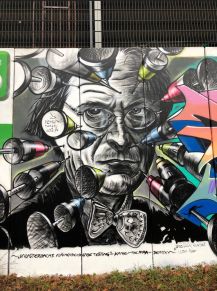 Weather in Germany: breaking polar vortex could cause icy temperatures