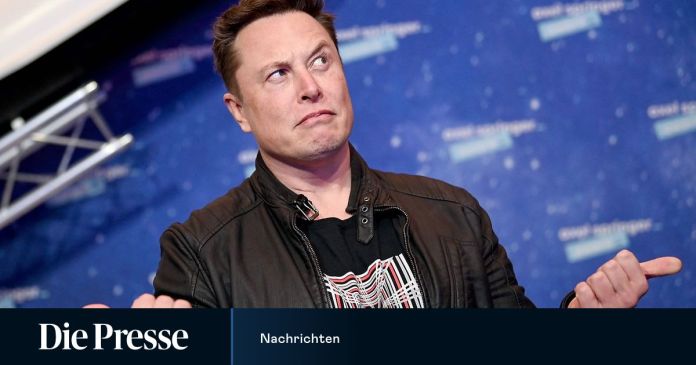 Critics point out that billing continues to be in dollars.

“You can now buy a Tesla with Bitcoin.” With this message on Twitter, Tesla boss Elon Musk caused another excitement and let the Bitcoin rate soar from below $ 54,000 on Wednesday morning to just under $ 57,000 in the afternoon. For the time being, it is only possible to pay for your e-car with Bitcoin in the USA, but this should also be possible outside of the USA in the coming months.

The move had already been announced by Tesla in January. At that time, the company announced that it had invested $ 1.5 billion in Bitcoin, which helped the oldest and most important cryptocurrency to gain acceptance.

But how spectacular is it now that you can pay for your Tesla directly with Bitcoin? After all, PayPal has long been offering to pay with Bitcoin at all authorized dealers, and Visa has its own credit cards with which you can also do this.

Bitcoin critic Peter Schiff also warned on Twitter that the unit of account for buying a Tesla will continue to be the US dollar. Bitcoin is therefore by no means used as money. Musk said: Bitcoin paid to Tesla will remain Bitcoin and will not be converted into conventional currency. Other companies like Microsoft also let their customers pay with Bitcoin, but these are immediately exchanged for dollars.

In any case, Tesla’s advance is seen as a further step on the way to more acceptance for Bitcoin. There have been many such steps recently: Morgan Stanley was the first major Wall Street bank to announce its intention to grant its wealthy customers access to Bitcoin funds, so that customers no longer have to worry about storing their Bitcoin themselves.

Large asset managers such as Fidelity also offer Bitcoin services, and BlackRock has announced that it wants to become more involved here. The software company MicroStrategy holds so much Bitcoin that the stock is perceived by many as a Bitcoin fund. Tesla has invested a comparatively small portion of its assets in Bitcoin, but never before has such a large corporation ventured so far into Bitcoin.

“The fact that Tesla is now keeping its promise and has officially introduced the crypto currency as a means of payment in its own ranks should be further grist to the mill of investors,” said analyst Timo Emden from Emden Research to Reuters.

Bitcoin is a digital, decentralized currency, behind which there is no central bank or state, but a network consisting of thousands of users all over the world. Bitcoin is given as a reward for verifying transactions on the blockchain, the Bitcoin database. The price is determined by supply and demand.

Since a maximum of 21 million Bitcoin can be created in this way (18 million are already there), Bitcoin should defy inflation. But it is still in a pricing phase and fluctuates greatly. Price drops of 20 percent in one day or 80 percent in a few months happen again and again. This has so far not affected the upward trend. Ten years ago, a Bitcoin cost a few cents, last December it was $ 20,000 for the first time, and the price recently jumped the $ 60,000 mark.

Contradictions and abysses: “The Second Jacob” by Norbert Gstrein – book...

Tobias Moretti plays Beethoven: I rap to Bach with my children...