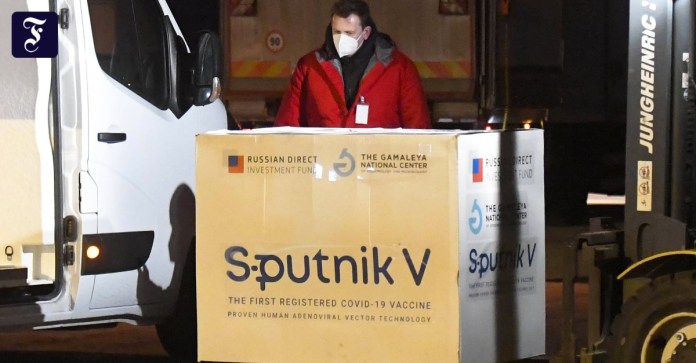 Dhe European Medicines Agency (EMA) is preparing to send experts to Russia to inspect production facilities for the Covid vaccine Sputnik V. This was announced by Ema boss Emer Cooke on Tuesday at a virtual meeting with the European Parliament’s health committee. Clinics where Sputnik V is used should also be visited. According to Russian information, the Ema inspection is scheduled for mid-April.

At the beginning of March, Ema started a test procedure for Sputnik V as part of a rolling review. Test results are already checked, even if not all data are available and no application for approval has yet been submitted.

Cooke did not provide any information about when Sputnik V could be expected to be approved for the EU. She pointed out that new vaccines must be thoroughly tested and emphasized that Sputnik V “uses the same standards and tests as any other scientific assessment”.

The head of the Russian state direct investment fund RDIF had previously stated in an interview that rapid EU approval was unlikely to be expected. “If approval comes – probably after June – we could deliver around 100 million doses to 50 million people in the EU within three or four months,” said Kirill Dmitrijew of the “Berliner Zeitung”.

“We are now expecting an Ema delegation in mid-April, and we hope that the decision on Sputnik V will be a purely scientific one and not a political one.” According to experts, the vaccine developed by the Gamaleja Research Center in Moscow has an efficacy of over 91 percent against the corona virus. The scientists assume that the protection will last two years.