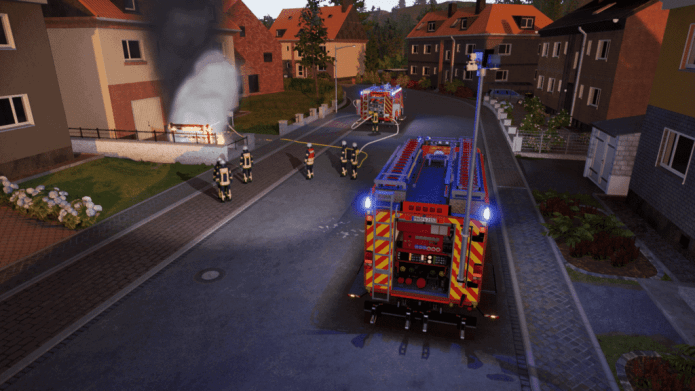 We have a small update for the fire brigade simulator Emergency Call 112 – Part 2 from Aerosoft for you – the game has now also moved into the German GfK charts, after it reached number 1 on Steam last week of the PC games segment.

An enormous success for the developer Crenetic and the publisher Aerosoft, who have been working on the game together since 2016.

As some of you have noticed, unfortunately not everything went smoothly at the start – the players from the very beginning discovered bugs and program errors. The team has been working day and night on fixes since the Steam launch and has already been able to fix most of the problems.

“We are aware that the launch was not optimal and we will not let up before everything goes smoothly – for every player. This is not a snap shot for us, we intend to continue developing the game with the community for years to come ”, says Carsten Widera-Trombach, founder and managing director of Crenetic.

The crazy person in the team can / must test everything that comes up, even if it’s Barbie’s great horse adventure (which he would also love to test). Had he been born earlier, his sense of humor would have been in a Monty Python movie. In addition, as a true Bavarian, he thinks absolutely nothing of hoppy cold drinks.

Germany will go into hard lockdown from Wednesday

Shine of lights in the historical center: Christmas mood even without...

Earthquake in Croatia – noticeable as far as Germany and Austria

No evidence of widespread electoral fraud