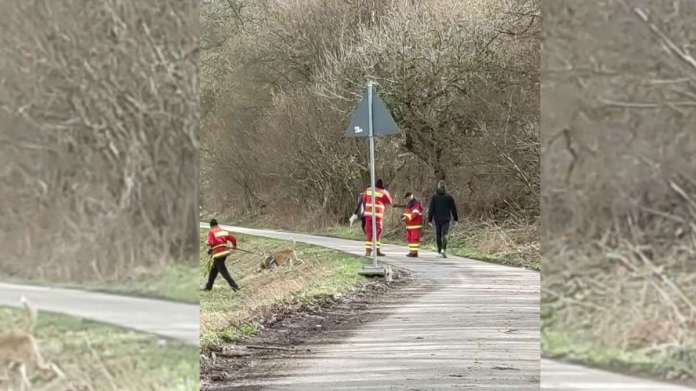 In the Werra-Meißner district, a woman finds a dead baby. The Eschwege police are investigating. The alleged mother faced investigators.

Update from Wednesday, March 17th, 2021, 2.30 p.m .: The alleged mother of the dead newborn has the police posed. The dead one Baby was discovered on Monday (March 15th, 2021) near Waldkappel next to a cycle path. The Eschwege police had taken over the investigation.

On Tuesday evening (March 16, 2021) the woman appeared at 7.45 p.m. in the Police station in Eschwege. It comes from the Werra-Meißner district. She described herself to the officials as the mother of the dead child. When asked by the police, the woman was able to provide details of the circumstances under which the baby was found.

Why and how that Baby has come to death, the police could not say yet. Both the Motives of the mother as well as the exact ones Circumstances of death of the infant were not specified. The police pointed out the ongoing investigation.

The police took a saliva sample to the unique biological identity as a mother to verify the dead child. The woman was released after the police measures had been completed and after consulting the public prosecutor in Kassel.

Find in the Werra-Meißner district: there is horror in the place

+++ 16.25 p.m .: After the gruesome discovery of a baby body in Waldkappel-Bischhausen im Werra-Meißner district (Hesse) on Monday (15.03.32021) there is horror in the small town. That was at least two days dead baby on the edge of a cycle path that is frequented by walkers and cyclists. Just a few steps behind the last building, a pigsty at the Eulhaus, a passer-by discovered the dead child wrapped in towels and a hoodie right next to the cycle path in the direction of Wehretal-Oetmannshausen. The baby had been placed there so that it was clearly visible.

On Tuesday (March 16, 2021) the Search dog squadron Werra-Meißner with dog handlers and dogs the entire locality of Waldkappel-Bischhausen as well as further reaching areas along the cycle path in the direction of Wehretal-Oetmannshausen searched. “Unfortunately, we haven’t had any hot leads at all,” said Mirko Ewald from the Eschwege criminal police. “We are dependent on statements and advice from residents and neighbors,” he said. Also on whether someone knows a woman who was pregnant until recently and now has no baby.

Based on the external characteristics of the Babys the ethnic origin cannot be specified. “But that Kind has also been outside for at least two days. ”The baby had already been autopsied on Monday, the police were unable to provide any information on Tuesday afternoon about the result of the autopsy and whether the child was possibly still alive. Angelika Schönewolf from Bischhausen had already noticed the bundle at the side of the road on Saturday while walking around 2 p.m. “It looked like a pile of red, purple and brightly colored towels that someone had crumpled up and thrown away,” said the woman, who is visibly upset about the fact that there was a baby under the bundle of rags. “But you don’t rummage through every garbage you throw away,” she said.

The police had already found the owners of various gazebos in Bischhausen yesterday, whose allotments are behind the site. It was about the fact that some of the arbors are equipped with cameras, from which the police are hoping for further information.

Baby body deposited on a bike path: “Something horrible”

+++ 2:05 p.m .: After finding one Baby corpse on a bike path Waldkappel-Bischhausen in the Werra-Meißner district (Hessen) prevails in the place with horror: “The people in the place are very affected. You just stand there with shrugging shoulders and ask yourself why something like this happens in today’s world, when there are possibilities like the baby hatch, ”says Bischhausen’s mayor Lothar Hellwig.

The bike path on which the dead Baby was found, which connects the core town of Waldkappel and the district of Bischhausen with Wehretal-Oetmannshausen, is very easy to reach from the B7. But you can’t put your hand in the fire to let the person come from outside, according to Hellwig. “The pressure you have to be under to do something horrible is hard to believe. The background is difficult to assess, ”says Lothar Hellwig.

Find in the Werra-Meißner district: body of a baby discovered by the roadside

First report from Tuesday, March 16, 2021, 1:18 p.m .: Waldkappel – A woman made a gruesome find while taking a walk in the Werra-Meißner district. She discovered them along the way Corpse of a baby. The woman notifies them police. The criminal police in Eschwege took over the investigation.

On Monday lunchtime (March 15th, 2021) around 11.50 a.m., the stroller was on the cycle path in Bischhausen (district Waldkappel) on the way. She found them south of the nearby animal fattening facility Baby’s corpse. This was about a meter and a half from the bike path and was wrapped in a red hoodie and a purple towel.

In Waldkappel-Bischhausen, a baby’s corpse was deposited by the roadside

Police in Eschwege are investigating after a body has been found

The woman immediately informed them police. The site was cordoned off over a large area and examined for traces. The investigation into the case has been carried out by the criminal police Eschwege accepted.

The Corpse was after into pathology Kassel brought to have the cause of death determined there. The public prosecutor in Kassel arranged for an autopsy. The publication of a picture of the hoodie found should bring further information.

Initial investigative findings and interviews with witnesses indicate that the sweater could already be seen on the weekend (March 13th, 2021 and March 14th, 2021). Notes to the Criminal Police in Eschwege the items of clothing found or a missing item Baby can be passed on under the number 05651/9250. Further information on the case cannot be provided for technical reasons. (Jennifer Greve, Maurice Morth)

In May 2019, the discovery of a baby body in Rostock caused horror – the police arrested a 26-year-old a little later.

Zelenskyi suspends President of the Constitutional Court of Ukraine

Frankfurt: Fear of the rent increase 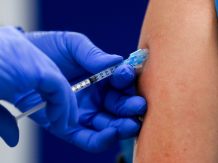