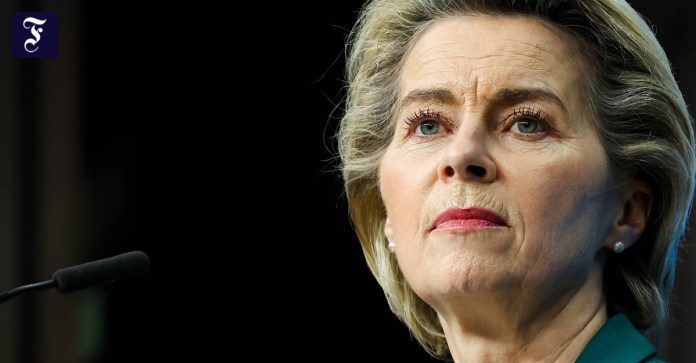 Dhe EU wants to better control the export of corona vaccines to third countries. But it holds back with general export bans. The EU heads of state and government agreed on this line at their video conference on Thursday. The manufacturers would have to keep their delivery promises and increase production significantly in the second quarter, demanded Council President Charles Michel after the consultations.

EU Commission President Ursula von der Leyen reported that 41.6 million cans had been delivered from the EU to non-EU countries since February, of which 10 million had gone to Great Britain. A total of 77 million cans have been exported since the beginning of December. Of these, 31 million were made available for the Covax global aid program, which is intended to help vaccinate swiftly in poor countries. In contrast, 88 million doses were shipped to the EU and 62 million were vaccinated. 18.2 million people, that is 4.1 percent of the EU population, have now received two doses of vaccine. The Austrian Chancellor Sebastian Kurz complained that the EU had not received any vaccination doses from third countries.

This ratio shows that the EU must pay more attention than before to its “fair share” of the vaccine, said von der Leyen. It therefore wants to control the vaccine export more precisely and create more transparency about it, but by no means induce a general vaccine export ban. The EU Commission tightened the applicable regulations on Wednesday. Michel and Chancellor Angela Merkel (CDU) assured von der Leyen of their support.

After the deliberations, Von der Leyen made it clear that the riddle about the vaccination doses found in an Italian bottling plant in Astra-Zeneca (AZ) had been resolved for them. According to AZ information, 13 million of the 29 million doses in question are intended for the Covax vaccination program. The EU strongly supports this project, said the head of the Commission. AZ wants to deliver the remaining 16 million cans to the EU. However, she expects this to happen as soon as possible.

Despite the ongoing delivery problems at Astra-Zeneca, von der Leyen was optimistic that the EU would receive considerably more vaccine in the second quarter than before. After a total of 100 million cans in the first quarter, she expects a further 360 million cans by the end of June. 200 million should come from Biontech-Pfizer, 35 million from Moderna and 55 million from the American manufacturer Johnson & Johnson. A further 70 million cans are expected from AZ in the second quarter, not 180 million as originally promised.

The deliberations were overshadowed by a dispute initiated by the Austrian Chancellor Sebastian Kurz and the Croatian Prime Minister Andrej Plenković about the EU-internal distribution of vaccines. Kurz once again complained that some poorer countries received below-average supplies. He and Plenković called for a “compensation mechanism” to remedy this situation. Most of the counterparts recognized that the poorer countries needed help, but also refused to give Austria more vaccines. In the end, the “bosses” agreed on a compromise formula, according to which the vaccine delivered to the EU should be distributed unchanged to the member states according to the number of inhabitants. However, when distributing 10 million vaccine doses from Biontech-Pfizer, which the EU Commission also organized for the second quarter, the “speed of distribution” should be given special consideration. The EU ambassadors should now clarify the details.

Ostbeauftragter Wanderwitz: “An alarming number of East Germans pretend there is...

Comstock Mining: was that all? ()

Millions in the US state of Texas because of winter weather...