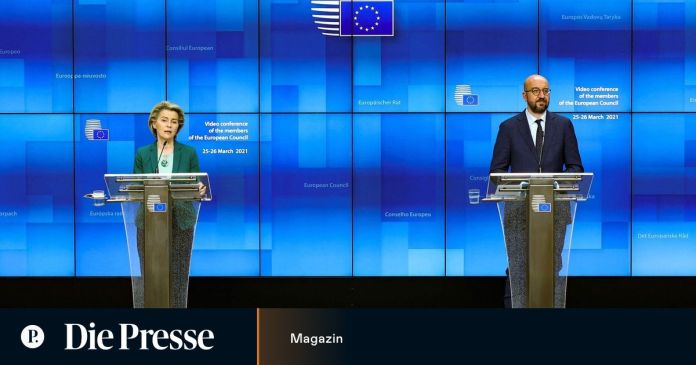 The group must first fully fulfill its contracts with the EU before it can deliver to third countries, said the EU Commission. The Heads of State or Government support this new tough stance by Brussels.

If the carefully chosen words of Ursula von der Leyen, President of the European Commission, were not clear enough on Friday night, her Internal Market Commissioner Thierry Breton made it clear just a few hours later. “We must and want to explain to our European citizens that they will get their fair share,” said von der Leyen after the European Council on Thursday. “I think it is clear to the company that they must first comply with the treaties with the EU states before they can think about exporting vaccines again.” In Breton’s words, it sounded more unequivocally: “We have the tools and will ensure that everything stays in Europe until the company returns to its commitments, ”he said while visiting the pharmaceutical company Reig Jofre’s factory in Barcelona, ​​where a Johnson & Johnson vaccine production line is about to begin. In plain language: AstraZeneca falls under an export ban until it has completely fulfilled its contract with the EU. It is still a long way from that: the company should have delivered at least 90 million and up to 120 million cans by the end of January. Around 19 million cans have arrived so far. “So we had a problem with this company,” explained Breton.

After the attack on the Zeil in Frankfurt: 16-year-old in custody

“Knows that Danni’s feelings are still there”

Discussions about race cancellations – does the FIS have to have...