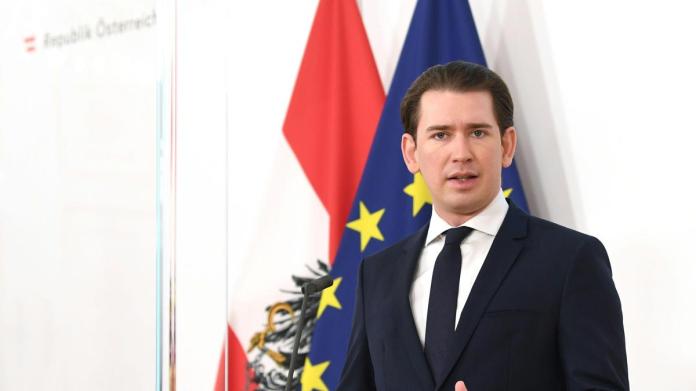 EIt was a long eight and a half hours that Angela Merkel spent in front of the video screen in a small room in the Berlin Chancellery. The talks were “effective” and “compressed”, said the Chancellor on Thursday evening after the summit conference with the EU heads of government. For Merkel there was light and shadow. But she also experienced heated debates.

What went well for Merkel? She was the only EU politician that the new US President Joe Biden mentioned by name in his 30-minute video guest appearance from 8.45 p.m. – and even three times. He praised her as a “European leader”. The Chancellor is one of the few European politicians Biden knows from his time as Vice President of the USA under Obama. Merkel values ​​Biden immensely. The Chancellor did not mention Biden’s warm remarks at the press conference with a single word.

She just said soberly about the conversation with the man in the White House: “It was a first meeting, a gesture that was very important and means that we are talking more closely again.” And then Merkel added: “There is one A multitude of similarities that we want to cultivate more. ”In his short statement, Biden offered the Europeans cooperation in the fight against economic espionage by the Chinese and the abuse of the Uighurs by Beijing, but also close coordination on climate change and the fight against Covid -19.

Then Biden said, “My uncle was in Europe during World War II.” It was a subtle message. It read: My family also fought for the freedom of Europeans. And Biden had a request to EU Council President Charles Michel. He shouldn’t always like him with “Mr. Address the President ”. “I’m Joe,” said Biden.

But Merkel not only liked Biden’s appearance. In the run-up to the summit, she was also able to ensure that the European Union continues and even wants to intensify the dialogue with Turkey, despite some considerable differences. Merkel is the most important advocate of Turkish President Recep Tayyip Erdogan in the EU – the same applies, by the way, to China’s ruler, President Xi Jinping, whom the German Chancellor holds out her hand again and again, as was recently the case with the controversial investment agreement between the EU and China.

The agreement with Beijing pushed through Berlin at the end of December last year one day before New Year’s Eve. “In view of the differences of opinion that do exist, and in some cases also deep differences of opinion, we believe that speechlessness is still no answer,” said Merkel, referring to Turkey. Rather, what is needed is “contacts with Turkey at all levels.” The EU is now again offering Turkey the prospect of expanding the customs union and possibly even gradual visa liberalization. But that also depends on how “the détente in the eastern Mediterranean develops,” said Merkel. She was alluding to the withdrawal of Turkish ships from Cyprus and Greece, which explored gas reserves for months and thus provoked Athens and Nicosia.

After the EU-Turkey agreement of March 2016, the “bosses” nodded their approval of the renewed rapprochement with Ankara surprisingly quickly and silently. Merkel was satisfied.

Before that, around shortly after three o’clock on Thursday afternoon, the Chancellor had to experience how six EU countries thwarted her plans. The heads of government of these countries simply overturned the summit dramaturgy of EU Council President Michel, which was carefully choreographed and coordinated with Berlin. That doesn’t happen very often in the Brussels engine room. But it was about a highly emotional issue: the fair distribution of vaccines within the EU. In any case, the Europeans have far too few vaccines available. It was a question of principle that went to the marrow of the Union. It was about rich and poor, just and unjust and it was about solidarity among partners. Diplomats described the mood as “irritable” at times. The debate lasted for hours.

The problem: The EU governments had firmly agreed in January that the vaccines should be delivered at the same time and proportionately according to the size of the population. According to Austria’s Chancellor Sebastian Kurz, this was simply changed by a decision by high-ranking national health officials in the so-called EU steering committee.

The result: Malta, for example, receives three times as many vaccines as Bulgaria in the first half of the year and will therefore be able to vaccinate its own population much earlier. According to internal lists, Denmark and Germany are also clearly among the vaccine winners. In addition to Austria, ten days ago the Czech Republic, Croatia, Slovenia, Bulgaria and Latvia also called for a “correction mechanism” for solidarity-based vaccine distribution. Merkel was angry about this, as were the heads of government from the Netherlands, Sweden and Denmark. It was feared that the public debate would “damage the integrity of the distribution mechanism and the vaccination process,” as the German EU ambassador Michael Clauss wrote in a report.

The background to the debate is that the poorer EU countries in particular ordered very little or nothing of the more expensive vaccines from Moderna and Biontech / Pfizer and instead opted for the inexpensive vaccine from AstraZeneca. As a result, batches were released and countries such as Germany, Denmark and Malta took hold of them and were therefore able to purchase more vaccine from Moderna and Biontech / Pfizer than they would actually have been allowed to. AstraZeneca is now delivering significantly less than contractually agreed and the poorer countries are falling more and more behind when it comes to vaccinations. Obviously, it’s about months that are lost to them.

On Wednesday, Merkel indirectly sent a clear message to the affected states from Central and Eastern Europe: Bad luck. The topic has no place at the summit. “If vaccine distribution is not to be an issue for a summit, what then?” Asked Kurz. There is “currently no reason” to change anything in the distribution mechanism, said European Minister of State Michel Roth (SPD) on Wednesday on behalf of the federal government. According to Roth, Austria and the other countries, like all EU countries, had the option of ordering vaccine quantities according to their population, but they did not. So did Charles Michel, the chief organizer of the video summit.

Less than two hours after the video conference began, Croatia’s Prime Minister Andrej Plenkovic – like Merkel and Kurz, a member of the conservative European People’s Party (EPP) – took the floor. He criticized the non-transparent agreements made by officials in the EU steering committee and threatened that he would not leave the summit until there was a satisfactory solution and “compensation” for what he saw as the unjust distribution of vaccines. Several heads of government support Plenkovic. But there was also contradiction, for example from the Netherlands or Sweden.

In the end there was a compromise that should ultimately lead to the required “correction mechanism” for vaccine distribution. Merkel countered briefly. In the final declaration of the summit it is now said that, in principle, a distribution according to the population key will be adhered to (‘pro rata allocation’). However, the EU ambassadors are to discuss in the coming weeks how the ten million additional doses of vaccine organized by the EU Commission for the second quarter of 2021 will be distributed by Biontech / Pfizer “in a spirit of solidarity”.

In plain language: only a part of these additional ten million vaccine doses will be distributed proportionally according to population to all 27 member countries and another part – which should be less than five million vaccine doses – will automatically go to the six disadvantaged countries. This would at least catch up a little in terms of vaccination speed. When asked by journalists, Merkel said somewhat misleadingly that the whole undertaking was a “relatively complicated task, squaring the circle” – but that’s politics.

In addition to the intra-European vaccine distribution, the vaccine export to third countries was also on the agenda. EU Commission chief Ursula von der Leyen presented interesting figures. Since the beginning, 77 million cans have been exported from the EU to third countries – including 21 million to the United Kingdom. In contrast, 88 million doses of vaccine produced in the EU have remained in the Union so far.

In contrast, the EU has received nothing from third countries such as the United Kingdom and the USA. That is why von der Leyen had already presented plans for stricter export controls before the summit. The EU governments approved the plans. Merkel said that export restrictions would become “more likely” in the future if companies fail to adhere to their contracts with the EU. This primarily refers to the British-Swedish company AstraZeneca, which is said to have failed to keep its promises to the EU, but instead preferably delivered vaccine produced in the EU to the United Kingdom. However, there should not be a general export ban.

1. Training in Crans-Montana – only Goggia faster than Suter –...

Impeachment process: Trump acquitted by the US Senate

TUI is building more on tests than vaccines in 2021