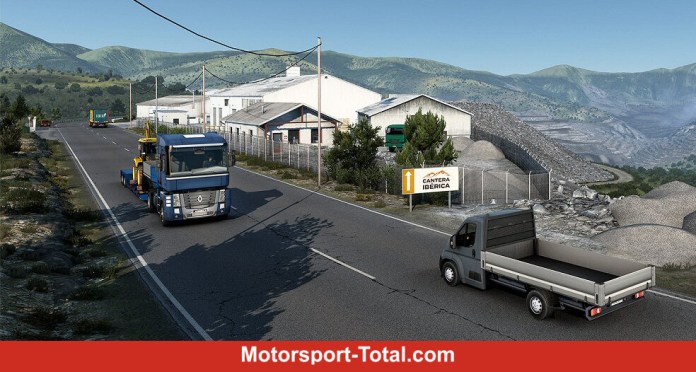 (MST / Speedmaniacs.de) – At the beginning of the month, SCS Software announced that the Iberia expansion for Euro Truck Simulator 2 could be released in April. Now it actually looks like the community will be able to enjoy the add-on in the coming month.

The Iberia DLC for Euro Truck Simulator 2 is coming soon

According to official information, more than 580 thousand Steam users have reserved the extension and, according to the latest information, could even get a move earlier than some think.

“Some time ago we dared to announce that this upcoming and by far the largest map expansion for Euro Truck Simulator 2 will be released in April 2021.

If everything goes at the same pace and in the same positive direction, we think we’re ready to announce the exact release date next week. And it could even be earlier than you think, “says the developer studio, which will publish a special paint job as a small bonus to the release, which can be viewed in our gallery together with the latest screenshots.

Three injured in an accident on the A72 between Zwickau and...

Corona: China feels relieved by the WHO mission in Wuhan