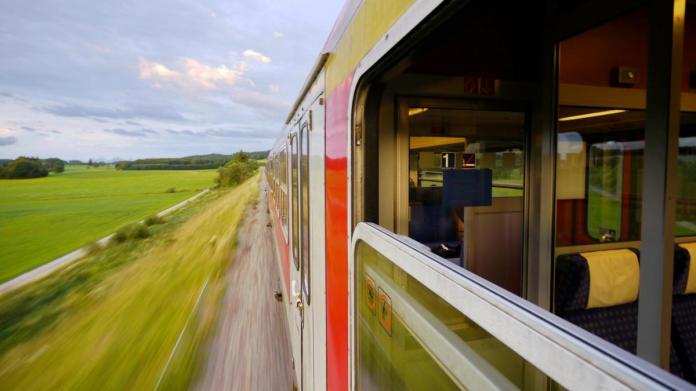 When it comes to the European railway dream, Germany is a “disgraceful” latecomer

Germany is planning a joint European rail network with numerous neighboring countries. But the Federal Republic’s contribution, of all things, is simply not finished. Two other countries are particularly impressive in demonstrating how things can be done better.

ILast September, Federal Transport Minister Andreas Scheuer (CSU) presented a vision for rail transport in Europe: the “TransEuropExpress 2.0” (TEE). A common European railway network that connects the metropolises of the continent. But in view of the ongoing European railway projects with German participation, at least the opposition does not believe in a speedy implementation of the idea.

The rail policy spokesman for the Greens parliamentary group, Matthias Gastel, evaluated the extent to which bilateral rail projects had been implemented with the help of the Ministry of Transport’s response to a small inquiry that WELT AM SONNTAG received. The result is not a good report for Germany: In some cases, the German part of the projects will be completed decades after those of the neighboring countries.

The delay of the Germans is particularly clear with the so-called New Railway-Alpentransversale (NEAT). To this end, the Federal Ministry of Transport signed an agreement with Switzerland as early as 1996, which provides for the expansion of the so-called access routes.

But while the Confederates completed their part of the construction work with the opening of the Ceneri Base Tunnel last December, full completion in Germany is only planned for 2041 – 21 years after Switzerland finished the work.

Not an isolated case: the expansion of the line from Oberhausen to the Dutch border agreed with the Netherlands is also stalling on the German side. The Netherlands built their part, the 160-kilometer Betuwe route, between 1998 and 2007.

Deutsche Bahn and the federal government had only decided on the planning agreement for the German expansion in 2006; according to Gastel, the planning approval decision is currently only available for five of the twelve sections. Completion of the German part is therefore not expected before 2028 – 21 years after the Netherlands.

There are also similar projects with France, Poland and the Czech Republic, in which the German part is often completed years after the routes in the neighboring country. “When it comes to expanding the railways, the federal government is not a model pupil, but a latecomer,” says Gastel. “We are not doing justice to our central role as a transport hub in the heart of Europe.”

Planning must finally be accelerated and more money made available. The sometimes decades-long lag behind our neighboring countries is “embarrassing” and irresponsible.

ARD – “The love of Hans Albers”

125 euros per share: Siltronic is taken over by Globalwafers –...

Michael Sheen doesn’t want the Order of the Queen anymore

Spahn informs about the intermediate status of the vaccinations