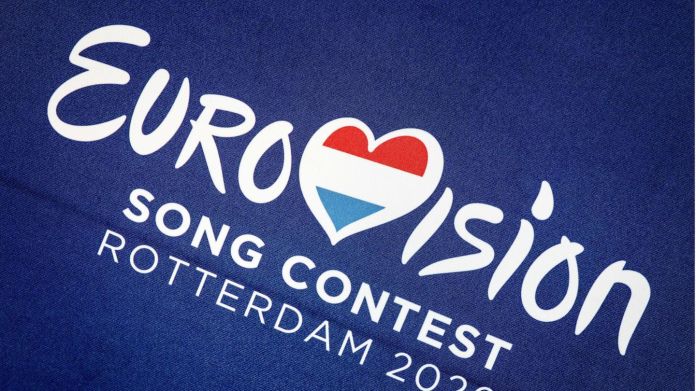 Eurovision Song Contest
They just can’t do it: Belarus is excluded from the ESC

Actually, the band Galasy ZMesta should start the Eurovision Song Contest for Belarus. But after the country had repeatedly submitted songs that did not conform to the competition, the organizer has now pulled the rip cord.

When the Eurovision Song Contest starts in Rotterdam in May, one country will not be there: Belarus has been excluded from the competition. This was announced by the European Broadcasting Union (EBU) on Friday evening. The submitted song violates the ESC rules, which ensure “that the competition is not instrumentalized or discredited”. The state broadcasting company of Belarus failed to “submit an eligible contribution within the extended deadline,” it said.

The EBU thus drew the conclusion that the country ruled by dictator Alexander Lukashenko had repeatedly submitted titles that did not comply with the competition. Galasy ZMesta was supposed to compete for the Eastern European country, a band that made fun of the protests against the Belarusian president in their songs. For months, people in Belarus have been protesting against Lukashenko, whom they accuse of electoral fraud. The European Union has not recognized him as the legitimate head of state since the presumably falsified election in summer 2020.

The Belarusian broadcaster BTRC had already submitted a song in mid-March without a public preliminary decision will be satisfied and happy with everything “. At the time, the EBU criticized the song as “questioning the non-political nature of the song contest”.

The country risks disqualification if it doesn’t change the song or send another one into the race. Belarus finally submitted a new song – which has now also been rejected.

The decision was met with incomprehension among those responsible in Belarus. “The decision to exclude us is politically motivated,” said Iwan Ejsmont, the head of the national state television and radio company. The ESC officials were put under pressure by “politicians and haters in social networks”, Ejsmont told the state agency Belta. The band spoke of an “absolute disgrace” and a “farce”.

But not all Belarusian musicians see it that way: The contribution of Galasy ZMesta is “a contempt for the Belarusian people, of everything that is going on in this country,” said Angelica Agurbash, who represented the country at the ESC 2005, in mid-March about the submitted song.

How the opponents are currently making life difficult for LASK

Carmen Nebel (ZDF): Big surprise shortly before the end of the...

Donald Trump: So he could be removed from office prematurely

E-paper monitors should be suitable for desktop use

Huawei is reportedly working on its own game console