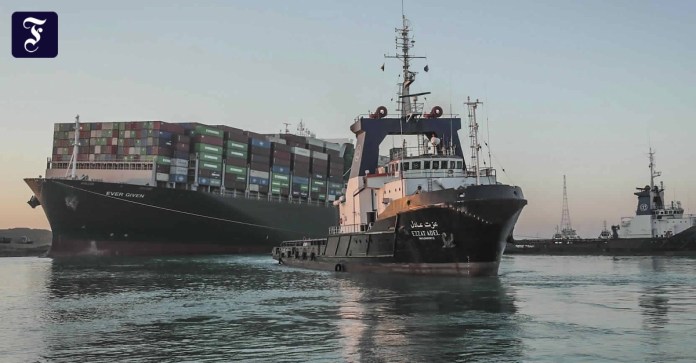 NAfter almost a week, the blockade of the Suez Canal, one of the arteries of world trade, is lifted. The huge container freighter “Ever Given” was towed free on Monday afternoon with the spring tide under the full moon, and the canal was then opened immediately. After the first false reports on Monday morning, a ship tracker and Egyptian television confirmed that the freighter was back in the middle of the channel. It is now to be dragged into a side basin so that the waterway between Asia, the factory of the world, and Europe can be cleared again.

However, the challenges have only been partially solved. Around 450 ships are waiting in front of the two entrances to the canal. With around 50 freighters that can pass through the canal every day, it will take more than a week for this traffic jam to clear. During the closure of the canal, goods worth around 10 billion dollars ran up daily. The blockade had increasingly tragic consequences: on the one hand, more than 130,000 animals suffered on numerous transport ships because they were threatened with water and food shortages. On the other hand, war-torn Syria had to ration the fuel on Sunday because the oil deliveries did not materialize. The delay also hits the crews on the ships hard: Because tens of thousands of seafarers, barely noticed by the world public, have not come off their ships for almost a year due to Corona. Singapore, for example, allows coordinated crew changes for thousands of seafarers at intervals of several months under great safety precautions.

Help from all over the world

The dismantling of the huge traffic jam in front of its entrances will take at least a week. During this time, however, more freighters will reach the canal. Those who take the long diversion over the tip of South Africa, for their part, need around ten days more than originally planned. AP Møller-Mærsk alone stated that they have already sent 15 ships on their way because it is assumed that the route will take as long as the delay in the canal. A gigantic wave of freight is rolling towards ports in Hamburg and Rotterdam, but also in Singapore and along the Chinese coast. It will not be possible to delete all ships arriving around the same time at around the same time. In addition, hundreds of thousands of containers will soon be missing again in trade between China and Europe, as traffic is much slower than the logisticians could plan.

The liberation of the ship of the Taiwanese shipping company Evergreen and thus the opening of the canal took a week. Large sand dredgers sucked up around 30,000 cubic meters of sludge, Egyptian tugs and then two heavy-duty tugs from the Netherlands and Cyprus helped. The technical effort to free the ship with its 224,000 gross register tons was enormous. In addition to the recovery experts from the Netherlands and Japan, experts from the American Navy recently arrived for vacuuming sand. In the end, however, the spring tide at the full moon also helped, which caused the water level in the canal to rise for a short time. First the stern of the giant was towed free. The rudder and engine had already been tried out over the weekend. The bow was set deep in the rocky bottom. When towing, there was always concern that the freighter might suffer damage, such as cracks in the hull. A ballast water tank had already been damaged.

In Germany, the chemical and automotive industries as well as mechanical and plant engineering are particularly affected by the blockade. The industries get components for their production from Asia, which are transported over the Suez Canal, it said from the German Chamber of Commerce and Industry. Companies are planning accordingly
Sea transports take two to five days as a buffer. In the event of a longer block, however, there is a risk that production will temporarily stop. The situation for German industry is already tense even without the lockdown.

“The supply chains were under pressure even before the event and will remain so for several weeks, also because the existing bottleneck in containers is initially increasing due to the backlog in front of the canal,” said Henrik Meincke, chief economist of the chemical industry association VCI. According to the Institute for the World Economy (IfW), the blockade could drive up the transport costs for goods imported from Asia. “The Corona crisis already caused turbulence in maritime trade and caused prices for container transport to explode,” said Vincent Stamer, an expert on maritime trade at the IfW. “The shipwreck in the Suez Canal and its aftermath are now an additional burden.”

Coronavirus in the Coesfeld district 55 corona cases in the district

This is how realistic the peoples could look in WoW

Big plans with Lords of the Fallen 2 and the Sniper... 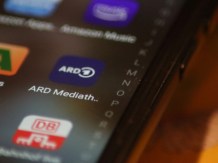 Now comes the end for this service