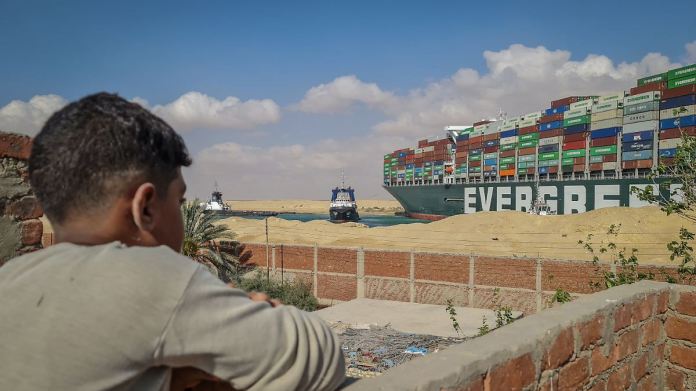 “Ever Given” still wedged
US Army offers help

The whole Friday was dredged, but the “Ever Given” is still stuck. Now the rescue work has been interrupted for the time being. In the meantime, the US Army has offered its support to free the Suez Canal again.
The salvage work around the container ship “Ever Given”, which ran aground in the Suez Canal, was interrupted in the late evening and should be resumed on Saturday. Most recently, an attempt was made to remove 20,000 cubic meters of sand from the bow of the ship with dredgers and thus free it. In the meantime, the US Army has offered its support. “As part of our active diplomatic dialogue with Egypt, we have offered US assistance to the Egyptian authorities in reopening the canal,” said White House spokeswoman Jen Psaki.

Talks with Cairo about US support are still ongoing, according to Pskai. US Central Command spokesman Bill Urban said the naval experts would be ready in the event of a request from Egypt. A central task of the Central Command responsible for the Middle East is the protection of the merchant ships in the region.

A representative of the US Department of Defense confirmed that if Egypt made a formal request, the team of experts could leave the US naval base in Bahrain on Saturday. In addition, the US Army could advise and support the workforce of ships that decided to detour around Africa because of the blockade of the canal and could encounter pirates. “We can certainly advise, but we cannot escort them all,” said the US representative.

Some ships have turned off again

The 400-meter-long and over 220,000-tonne container ship “Ever Given” had gone off course in a sandstorm and ran aground near the Suez Canal. It has since blocked the waterway between the Red Sea and the Mediterranean. Efforts on site to get the ship free have been in full swing since Wednesday. In the worst case, the recovery could take weeks.

Most recently, more than 200 ships have been stowed on both sides of the canal. German companies also fear delivery bottlenecks. The owner of the “Ever Given” was confident that the ship would be vacated at the weekend. For many recipients of the transported goods, time is slowly running out, according to the Association of German Shipowners (VDR). The possibility, which has already been discussed, of partially unloading the 400-meter-long “Ever Given” lying across the canal and thus making it lighter, means a further delay from the association’s point of view. “Valuable time should pass before a floating crane is on site that can unload containers from the water at a height of up to 60 meters,” said VDR spokesman Christian Denso. To the best of his knowledge, some ships had already made the detour around the Cape of Good Hope. But that probably only makes sense for freighters that have not already entered the Mediterranean or the Red Sea.

News from Germany: man crashes on the autobahn from a moving...

In 2020, BAWAG posted more than a third less profit

“Didn’t deserve it”: Georgina suffered so much from Kubi

Deutsche Bahn: Corona timetable because of the new rules – economy 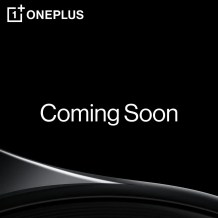 OnePlus Watch: Manufacturer confirms presentation of its own smartwatch