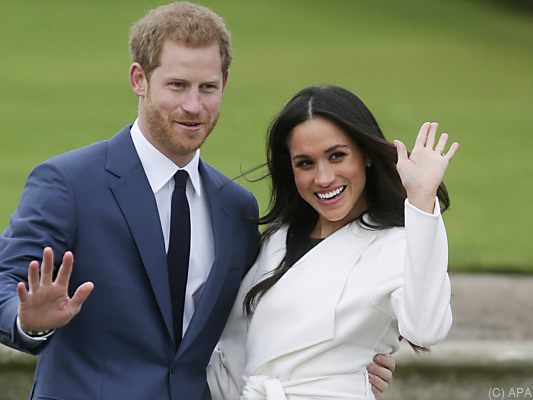 After allegations of bullying, Duchess Meghan (39) received emotional support from her former actor colleague Patrick J. Adams. The 39-year-old, who played with Meghan for several years in the US lawyer series “Suits”, criticized the British royal family in several tweets published on Friday (local time): It was “obscene” that the royal family was “bullying” – Promote and reinforce allegations against Meghan.

A few days ago Buckingham Palace announced that it would investigate allegations of bullying by former employees against the Duchess. According to a report in the Times, former employees said they had been bullied by the Duchess when she was in London. There is currently a lot of boiling in the British royal family. The reason is an interview that Prince Harry and Duchess Meghan gave the US talk show host Oprah Winfrey. The recorded conversation will be broadcast on US television on Sunday. It can also be seen on ORF on Monday. The conversation will be broadcast on March 8 at 1:50 p.m. and 9:10 p.m. on ORF 1, the broadcaster announced.

Adams now wrote, referring to British royalty: “In my opinion, this latest chapter and its timing is just another breathtaking example of the shamelessness of an institution that has outlived its relevance, whose credibility is vastly overdone and which has obviously lost its decency . ” It disgusts him to read the endless racist and slanderous hostility hurled at Meghan by all sorts of media in the UK and around the world. “But I also knew that Meghan was stronger than people realized or understood, and that they would regret underestimating her.”

The interview will cover numerous topics, according to CBS: Meghan’s entry into the royal family, marriage, motherhood, philanthropic work and how the ex-actress deals with life under public scrutiny. About a year ago, Harry and Meghan decided to renounce their royal duties and emigrate to the US, the homeland of the former actress, with their son Archie, who will be two in May. In the meantime, together with the Queen, they have decided not to return to royal life.

Lockdown is extended – with many opening options

Corona hope: miracle drug instead of vaccination? All information about...

Appeal for opening the borders in the Innviertel