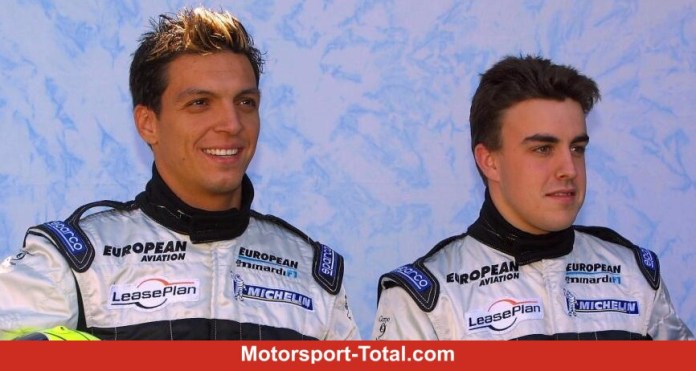 (Motorsport-Total.com) – Brazil is one of the countries that is currently suffering the most from Corona. Former Formula 1 driver Tarso Marques was also recently infected with the virus. In contrast to many other racing driver colleagues, the 45-year-old Brazilian subsequently suffered from a serious illness.

According to his own statement, Tarso Marques almost died of COVID-19

“I thought everything was fine. I had always lived very healthy. I had a good diet, I exercised regularly. I thought nothing would happen to me,” said Marques in an interview with ‘Caras’. At first he had no symptoms either. But his condition suddenly deteriorated.

“Two hours after the diagnosis I found it difficult to breathe. After another hour I couldn’t breathe at all,” he reports, explaining that his lung capacity was only 30 percent at the time of the interview. “The first three or four days in the hospital were horror,” says Marques.

Will BioNTech vaccination save the 2021 F1 season?

“I didn’t sleep for nine days, I needed maximum oxygen,” he reveals. He was given medication “every three hours”. “Then one thing after the other happened. I got a stomachache, then suddenly an allergy on my leg. I’m still full of spots,” he says.

“I just cried for two full days. I had a terrible headache. The virus attacks everywhere,” he warns and reveals: “I thought I was going to die. I even made a will. It stayed that way for two days. When it was got better, at night I was afraid that the improvement might just be a false alarm. “

He has now survived his illness. In Formula 1, Marques competed for Minardi in 1996, 1997 and 2001 and completed a total of 24 races. While he never got a point, he had at least one prominent teammate in the 2001 season with Fernando Alonso.

After the end of his Formula 1 career, he competed in the Brazilian stock car series, among other things. In 2009 he was tested positive for steroids during a doping control and banned for two years.

Jewish life in Germany – “We always know where the suitcases...

I-No was revealed as the final character

Montgomery warns of festivities with the risk of death: “It is...

Phenomenon in the sky over Germany: fireball sighted – many calls...

Wasn’t there during Capitol Storm