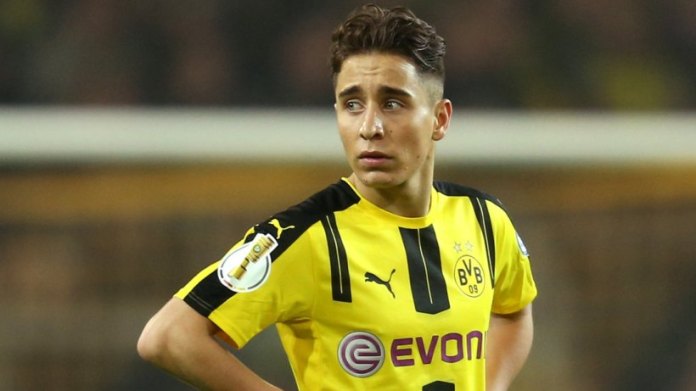 Vigo.
Emre Mor was once celebrated as a great talent. Even at BVB he was considered difficult. Now Mor has drawn attention again.

All doors were once open to Emr Mor. The Turk was considered one of the greatest talents in European football, his dribbles and his wit set him apart. In the summer of 2016 he was allowed to travel to the European Championship with the Turkish national team. At that time he was just 18 years old.

After the EM, Mor moved to Borussia Dortmund. At that time, BVB had to transfer almost ten million euros to FC Nordsjaelland for the top talent. But Mor never really got there. His behavior away from the field caused irritation time and time again. “He has to learn the whole profession at the highest level first,” said coach Thomas Tuchel at the time.

Ex-BVB professional Emre Mor has already had a few stations

After only one season in the Ruhr area, Mor moved to Celta Vigo in Spain. However, he did not attract attention because of his sporting achievements. Reports of delays made the rounds, he argued with fellow players and was suspended. Apparently without the knowledge of his advisor, he negotiated with Galatasary and Besiktas from Istanbul in the summer of 2019. He claimed to be free of charge until 2022 despite the contract. This was actually followed by a loan to Galatasaray, and later to Olympiacos in Greece.

The 23-year-old attacking player is now back in Spain. At Celta Vigo, he is in trouble again: Mor had to be in quarantine after returning from an approved trip to Dubai because he had not submitted a corona test on time. “I can only say that he did the PCR test a day too late because he couldn’t find the clinic,” said Celta Vigo trainer Eduardo Coudet.

The newspaper “AS” reported in an article with the headline “Emre Mor is losing control” that those responsible would no longer plan with Mor. “He will never play for us again” and “he disappointed us,” the officials apparently said. He last played for Celta Vigo in January. (fs)

EA Play in Xbox Game Pass for PC is moving

+++ Eleven-year-old injured in an accident in Frankfurt +++ Cars collide...