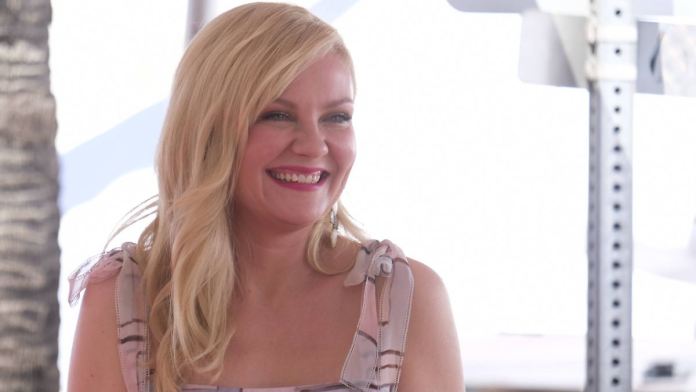 To announce her new pregnancy, Kirsten Dunst goes the classic way: The announcement is made in a magazine. The actress can’t hide her bulging baby bump in the photos – and she doesn’t even want to.
Kirsten Dunst is pregnant again. This can be clearly seen in photos that the actress took for “W Magazine”. The 38-year-old proudly presents her baby bump on them.

Together with her colleagues Elle Fanning and Rashida Jones, Dunst graces the cover of a new issue. Director Sofia Coppola is responsible for the “Directors Issue”. The photos were taken by the photographer Zoë Ghertner.

For Dunst it is the second child with her partner Jesse Plemons. She has been with the 32-year-old since 2016. The two are engaged, their son Ennis was born in May 2018. It is not yet known how long Dunst expects the child to be born and whether it will be a boy or a girl.

From child star to Hollywood great

The related article in the magazine also confirms that Dunst will have another child. The poses she had to take for the photos were obviously exhausting for the pregnant woman. Dunst, who is on many of the pictures, jokes that she felt like Steve Urkel, played by Jaleel White, from the classic sitcom “All Under One Roof”. You couldn’t get up alone.

Born in 1982, Dunst embarked on an acting career as a child. She became famous for her role in the horror flick “Interview with a Vampire” by director Neil Jordan alongside Tom Cruise, Brad Pitt and Christian Slater. As a twelve-year-old she played the vampire girl Claudia in it.

Deutsche Bank is shedding 200 more branches – including at Postbank

Unity against Stuttgart: an offensive fireworks display that harbors danger |...