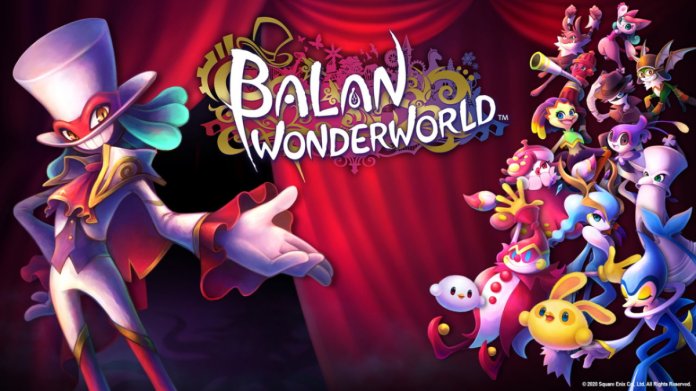 With the action platformer Balan Wonderworld from Square Enix, you can look forward to an imaginative adventure on all gaming platforms.

In Balan Wonderworld you have to explore the imaginative land of Wonderworld – together with the stars of the show, Leo and Emma. With the help of the mischievous maestro Balan, the two have to restore the balance in the hearts of twelve sad souls. The negati are responsible for this. They manifest concern and other negative emotions. Players jump, climb, fly and fight their way through numerous unique areas and collect over 80 different costumes that give them helpful powers. The adventure can be played alone, or in local co-op mode, in which you combine creative costume skills for two to defeat opponents and save Wonderworld.

The retail version of the game also includes a Balan theater ticket while supplies last. At GameStop, buyers of the retail version also receive a Tim plush key ring that makes cute noises when pressed.
The game is available on PlayStation 5, PlayStation 4, Nintendo Switch, Xbox Series X | S, Xbox One and PC (Steam).

Fujifilm GFX100 update: up to 400 megapixel resolution with Pixel Shift...

Abbott applies for special approval for rapid antigen test as a...

Curse of the Dead Gods – The full gameplay overview trailer...