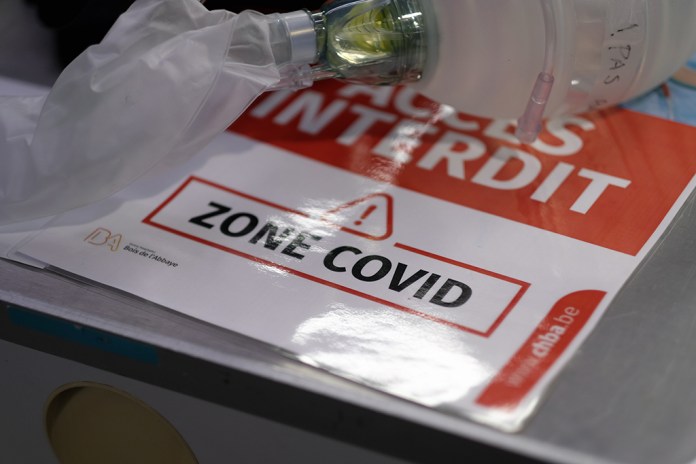 Political leaders never tire of repeating it: the whole point of the new measures is to prevent the health system from becoming overburdened. In the opinion of most experts, this is exactly the kind of situation that Belgium has moved towards. Perhaps it cannot be emphasized enough: when hospitals and especially intensive care units are full, not all patients can be adequately cared for.

So now it depends again on us and our behavior – the politicians and health experts never tire of repeating that either. In its press conference on Friday, the National Crisis Center tried to make it clear that these are more than just perseverance slogans – using various forecast models developed by scientists. More precisely, it is about three models from the University of Hasselt, named A, B and C.

These models or scenarios try to calculate how the corona numbers could develop in the next few weeks and months. For example, the expected vaccination progress is also included. One can of course object that these are only models that do not necessarily correspond to reality. Yves Van Laethem from the crisis center also admitted that. But often enough these models would have come true.

Utilization of the intensive care units

These models exist for all important indicators of the epidemic. But because the utilization of the intensive care units is particularly critical, the main topic on Friday was about them – and about how a tightening of the corona rules and our behavior could influence their evolution.

In the first scenario – in model A – it is assumed that no new measures would have been decided and people behaved as before – for example, going to the hairdresser or going shopping in non-essential stores without an appointment. Then in April over a thousand Covid patients would have been expected in the intensive care units, as Steven Van Gucht explained. This would have reached the critical threshold. According to some simulations, the value could even have increased up to 1,500. The pressure would have remained similarly high until the end of May.

Scenario B, on the other hand, assumes that new restrictions are in force and that actually all or at least as many people as possible adhere to them and also to the known and still applicable basic rules. This means, for example, that the requirement is strictly respected, only to meet a single close or cuddly contact from outside the own household and not to meet more than four other people outside and to keep the safe distance. Under this scenario, there is a very good chance that the occupancy of the intensive care beds will remain below 1,000 and that Belgium will remain below 800 until the beginning of April. That in turn would mean that the occupancy could drop below 300 again by the end of May. A very big difference to the curve in scenario A, as Van Gucht emphasized.

But then there is also scenario C, which is also known as the intermediate model – because this model calculates what happens when people do not adhere to the rules for bogus contacts quite so strictly. Here the scientists assume an average of 1.3 Knuffel contacts per person. That simply means that while some people stick to the rules strictly, others have two, three or more close external contacts. However, this willingness to take risks, which is only 30 percent higher, means that the chances of ending up in intensive care units with over a thousand Covid patients are significantly greater and that the numbers will fall again until the end of May because of the vaccinations, but they are on one level off at a higher level than in scenario B, i.e. the ideal scenario.

Above all, the predictive models showed how even small changes in people’s behavior could affect the situation in hospitals. They may seem small and innocent to each individual, but in total they can have a great effect. Van Gucht emphasized that our decisions could now have an enormous impact on the further course of the pandemic.

Pope visit to Iraq – Pope Francis commemorates the victims of...

For now only for the USA: the new Jeep Grand Cherokee

The number of recorded deaths continues to rise