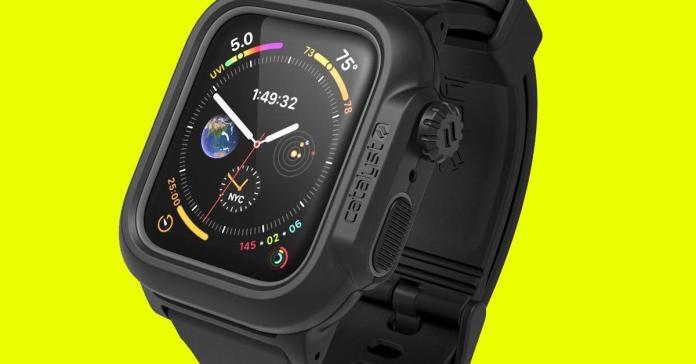 The Apple Watch has become more and more stable over the past few years, and Apple has worked primarily on water resistance. But we still fear every time we hit the display. The glass surface can shatter into a thousand pieces too easily.

Now Apple is supposed to respond to the needs of users. According to a report from Bloomberg still in 2021 a sturdy variant of the Apple Watch model for extreme sports hit the market.

Rubberized housing for the Explorer Edition?

This should make the case more stable, reports Mark Gurman from Bloomberg, who usually has very good contacts with Apple. The target audience of the watch should be athletes, hikers and everyone who works in environments where the going gets tough. In other words, the watch is built for outdoor enthusiasts, but we appreciate that office stallions will also wear it should it come out on the market.

According to the report, Apple is said to have planned a rugged version in addition to the elegant model for the introduction of the smartwatch as early as 2015, later, as is well known, things turned out differently. Apple made the Apple Watch a fashion accessory – a chunkier version would hardly have fit into the range.

There is still space next to the Apple Watch Series 7

We expect the outdoor Apple Watch to appear parallel to the normal Series 7 model – just like there is a market for the Apple Watch SE. According to Bloomberg, the Explorer Edition could have a rubberized housing that can cushion shocks better than the previous model variants. A new swim tracking feature is also to be built in to go with this. The journalist did not reveal what that means.

So far, Apple has always brought new Apple Watch models onto the market at the beginning of autumn. Last year we were surprised by the launch of the Apple Watch SE – so why not the Explorer Edition in 2021?

Tell us your opinion!

Would you be a fan of the Explorer Edition of the Apple Watch? Which features are you missing in the smartwatch, what needs to be improved?

Growatt becomes the largest supplier of photovoltaic inverters in Brazil |...

So now after all: Trump condemns rioting by his supporters

Defeat against Bremen: Hertha’s crisis comes to a head

Jungle Camp 2021: These are the twelve candidates for the “jungle...