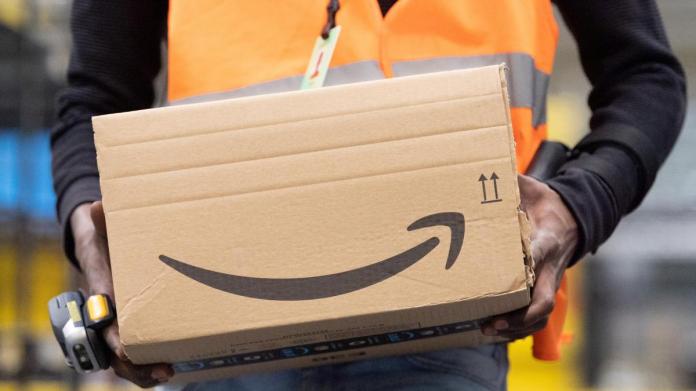 Do employees have to “urinate in water bottles”? PR disaster for Amazon

Numerous drivers of the online retailer in the USA raise explosive allegations against the group. You would have too little time for toilet breaks – and would therefore have to pee in bottles. Amazon denies mockingly. But then the mood on the net changes.

Dhe exchange of blows began early Thursday morning. In a tweet, the US MP Mark Pocan criticized the working conditions at Amazon. The online retailer, wrote Pocan, is trying to prevent the formation of unions – and allowing its employees so few breaks that they have to “urinate in water bottles”.

An official company account responded quickly. “You don’t really believe in the bottle-peeing thing,” @amazonnews asked, “do you?” If that’s true, the PR department continues, “then nobody would want to work for us.”

The problem is, the bottle peeing thing actually seems to be true. You can read such allegations hundreds of times on Twitter and the Reddit portal. American media published reports shortly after Thursday’s tweets of Amazon drivers claiming they did not have time for toilet breaks while they were delivering parcels.

Group employees have also told WELT about their toilet problem in the past. And so the tweet from Amazon is becoming a PR disaster in the USA.

The drivers deliver up to 300 parcels a day. If they take too long to do this, they risk receiving a warning or even being dismissed. Many therefore apparently do not dare to take a detour and use a public toilet.

“I often pee in a coffee mug because there is no time to go to a toilet,” writes a woman who says she works as a delivery agent for Amazon on Reddit. “Otherwise the head office would call and ask why I am so slow.” Another user claims that he can almost never take the 30-minute lunch break as stipulated in the contract.

Managers want to convince the union of the nonsense

The accusation that the company wants to prevent unions also seems to be justified. The 6,000 employees of a logistics warehouse in the small town of Bessemer in the state of Alabama are currently voting on the establishment of an employee representative body. And Amazon is fighting this vehemently.

The employees were called to meetings in which managers tried to convince them of the nonsense of a union, it is said. In addition, the company had tried in vain to allow voting only on site and not on the Internet – despite the corona pandemic. That would probably have reduced the number of voters noticeably.

If the project now succeeds, Bessemer would be the first American Amazon location with an employee representative. And that 26 years after the company was founded. However, the impact would not be particularly great, because Amazon has more than a million employees worldwide.

So far, there are few unions in the US tech industry. In January, Google employees organized for the first time. However, they are not demanding higher salaries or longer breaks, but rather more equality and the use of technology for good causes. Before that, the employees of the crowdfunding platform Kickstarter and the software company Glitch joined forces.

Another Hamilton victory at “Adventwunder” in Bahrain – Formula 1 –

Photo show “Faces”: How the face became an obsession

Stefanos Tsitsipas with a fit of rage against Daniil Medvedev