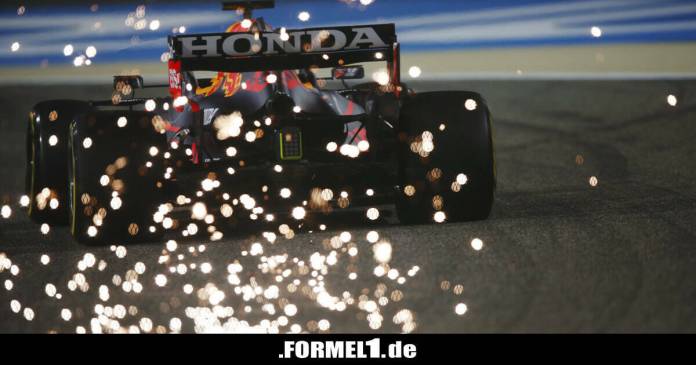 (Motorsport-Total.com) – The Formula 1 season 2021 promises to be just as exciting as the experts had predicted after the winter tests! Because in the end of the qualifying in Bahrain it was not Mercedes who took pole position, but Max Verstappen (Red Bull), who ultimately prevailed against defending champion Lewis Hamilton (Mercedes) in a true thriller.

Verstappen set the fastest time in 1: 28.997 minutes on the floodlit Bahrain International Circuit. That meant a 0.388 second lead over Hamilton. The rest of the world was a little further behind the two exceptional riders: Valtteri Bottas (Mercedes / + 0.589) came third, Charles Leclerc (Ferrari / + 0.681) fourth.

In fifth place was Pierre Gasly (AlphaTauri), undoubtedly one of the positive surprises of the day. From a German perspective, however, there was no reason to be happy: Both Sebastian Vettel (18th / Aston Martin) and Mick Schumacher (19th / Haas) were eliminated in Q1.

Does Red Bull really have the fastest car now?

At least it looks like it. “At the moment they simply have the best pace,” regrets Mercedes team boss Toto Wolff in an interview with ‘Sky’. “In the middle sector, in the two fast corners, Max was simply faster. That was really good.” And Hamilton doesn’t see where he could have maximized anything: “I got absolutely everything out of the car. Unfortunately, it wasn’t good enough.”

Although the employees in the Mercedes box made long faces immediately after the end of qualifying, Hamilton tried to see the result as positive: “We are closer than expected. It was clear to us from the first day of the test that Red Bull is faster than us. I am very proud that we have caught up so much since the test. “

Did Lewis Hamilton have a realistic chance at pole?

No. Although he was only 0.023 seconds behind Verstappen after the first Q3 run. But appearances were deceptive. Verstappen’s first lap was “not that great,” as the pole setter himself says: “There was more to it. I just had too little grip in a few corners and slipped a bit. Fortunately, we got it right to the point when it depended. “

Verstappen was probably the most dangerous himself when he crashed so brutally over the curb at Turn 2/3 in Q1 that part of his underbody flew away. According to team boss Christian Horner, this cost around a tenth of a second of performance. Verstappen himself waves coolly: “It already fit. I was a bit off the line. But it wasn’t tragic.”

In view of all these circumstances, Verstappen’s lead over Red Bull looks comfortable. From Helmut Marko’s point of view, “a great relief. We’ve been chasing Mercedes since 2014. If you’re behind, you always have to take risks. Now we have the advantage that we can concentrate on further development. This is the only way to win a World Cup if you are competitive from the start, “says the Red Bull motorsport consultant to ‘ServusTV’.

The numbers speak for Red Bull: In 2013, the team was on pole for the first time in the first race of the season – in the year of the last World Cup triumph to date. And Honda even succeeded in this feat in 1991 with the great Ayrton Senna (McLaren).

But ‘ServusTV’ expert Nico Hülkenberg warns: “The fair has not yet been read. Lewis is a fighter. Tomorrow he will have fun putting Max under pressure and challenging him.”

What explanation does Valtteri Bottas have?

In qualifying he was closer to Hamilton than in free practice. In the end, he was 0.201 seconds short of his teammate. And from third place on the grid, anything is possible in the race. His chances of getting pole were already decimated in Q1: “We drove a second set of tires there,” he says annoyed afterwards. “So I only had one set left in Q3. And against Max and Lewis it wasn’t easy with just one set of tires.”

Have the Red Bull teams gambled away with the tires?

Both Sergio Perez (11th / Red Bull) and Yuki Tsunoda (13th / AlphaTauri) were eliminated in Q2, while their teammates easily marched through to Q3. Both of them planned to use the harder medium tire in order to possibly have a strategic advantage at the start on Sunday. A calculation that didn’t work out.

When Perez ‘came back to the pits, his radio message was almost completely beeped over by the TV director. He had imagined his first qualifying session with the new team to be different. Nevertheless, he does not want to speak of a wrong decision not to switch to the Soft: “It would have been a great advantage to have this tire at the start.”

Marko contradicts: “I would say it was a mistake by the team not to send him out on the soft tire. He was too insecure. He said he still had three tenths of a second. But that was not the case. The same applies for Tsunoda. “

Who qualified for Q3 on the medium tires?

In addition to the two Mercedes drivers, only Verstappen and Gasly secured the advantage of having the yellow medium tires on at the start of the race.

Sebastian Vettel eliminated in Q1: How is that?

The last lap of the Aston Martin driver had started promisingly, with an absolute (“pink”) best time in the second and third of the 28 mini-sectors. But then yellow flags were waved – of all things because of Carlos Sainz’s stranded Ferrari. “That’s why he took it slow and lost four tenths of a second,” says team boss Otmar Szafnauer annoyed. 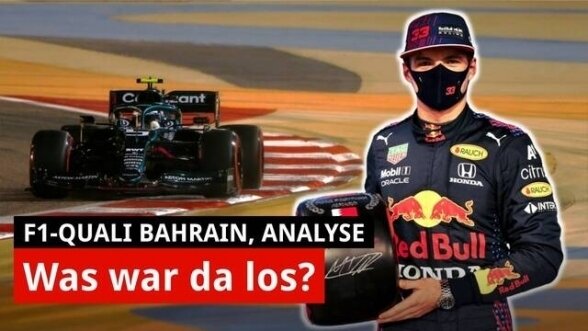 Vettel finally clearly missed the Q2 entry as 18th. Until then, he was still on P13. “We just should have been more careful and positioned ourselves better. But in hindsight you are always smarter,” he says.

Why did Carlos Sainz roll out in Q1?

The Ferrari newcomer, usually faster than his team mate in free practice, has a suspicion: “That must have something to do with the vibrations at Turn 2,” he reported on the pit radio after complaining that the engine had stopped and he doesn’t know why. Before that, he had crashed pretty hard over the curb in that passage. In the end he made it to Q3 despite the problem and finished eighth (+1.218).

“I thought that was it,” reports Sainz. “In view of this moment of shock, I am quite happy to have made it into Q3. I was a bit conservative in the first sector. Otherwise, perhaps more would have been possible.”

His team-mate Leclerc, whom he had under control over long stretches of the weekend, was completely different: “I ran over the car and generally didn’t feel particularly well,” says the Monegasse. In the end he still won the qualifying duel by half a second and finished fourth with a strong final Q3 lap.

How good was Fernando Alonso’s comeback?

He will certainly not be satisfied with ninth place in the long run, but after the rather sobering training sessions, this is a position that the old star can build on. He admits that he has not yet shaken off the rust completely: “I lacked confidence in the rear, and I still do not have the brakes one hundred percent under control.”

Impressive: Almost as if he had never been away, he cleaned up his teammate Esteban Ocon. Ocon was already eliminated in Q1 in 16th place – but had bad luck: yellow flags were waved during his last lap, otherwise he would have been half a second faster according to his own statements.

In seventh place, which his father Michael got at his debut 30 years ago, came Schumacher jun. not approach. In the end he was penultimate, 1.950 seconds behind the Q1 fastest time of Verstappen. Only his Haas teammate Nikita Masepin was slower, by 0.824 seconds.

Schumacher (“95 percent happy with my lap”) was also unlucky because he went on his fast lap behind Masepin and the Russian spun twice in the first sector. That not only ruined Schumacher’s lap, but also some other drivers.

The fact that Masepin spun twice was not only due to the driver, but also to the car: “Very nervous rear axle, very unstable”, analyzes ‘ServusTV’ expert Nico Hülkenberg. “And in wind conditions like this, it’s like riding a razor blade when a car has such a narrow working window.”

In addition, it later turned out that the Haas’s braking balance might have changed during a stopover on the FIA ​​scales. Masepin was, if that was true, to blame for both turneries.

Reload this page: This report is constantly updated!

Send note: Because RTL no longer broadcasts Formula 1, the first Grand Prix of the 2021 season will not be shown on German free TV on Sunday, but exclusively on the pay TV provider Sky. The race starts at 5:00 p.m. German time. Attention: In the night from Saturday to Sunday the changeover to summer time takes place in Germany!

(AD: Get the complete Formula 1 and the best live sport with Sky Q or stream flexibly with Sky Ticket. Without a receiver.)

(More reactions to qualifying can be found in the ticker “Paddock live” with Ruben Zimmermann!)

Toyota Highlander: A battleship for the extended family

“DSDS”: That’s how much money Bohlen continues to pocket after being...

The risky race between lockdown and vaccinations

Ice hockey: shock for Canada! USA are U20 world champions...