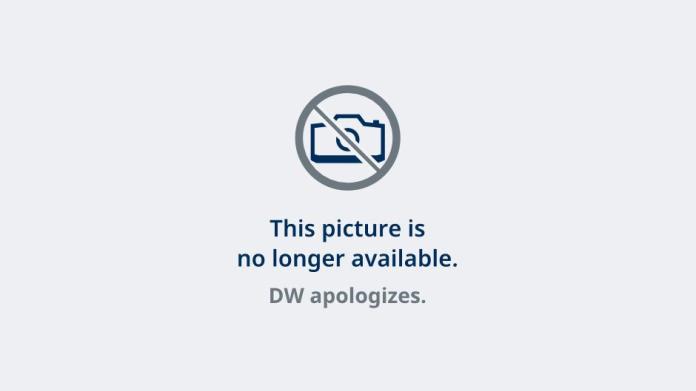 World export champion, logistics specialist, country of organization. Germany has a good reputation in the world – when it comes to efficiency and administration. All the more it seems to hurt many people in this country that the organization of the fight against the pandemic of the century is quite a problem. Still high numbers of infections and a lack of test capacities make fighting pandemic an increasingly stressful test of patience for Germans. And then there is still the biggest problem: The vaccinations against the corona virus have so far been slow.

Only 2.7 percent of Germans received full vaccination protection, and 5.7 percent received at least a first dose of vaccination. This emerges from the vaccination dashboard of the Federal Ministry of Health (as of March 4th). In an international comparison, based on the first vaccination rate, according to the vaccination tracker of the US broadcaster Bloomberg, Germany only ranks 33rd, far behind other large industrial nations such as Great Britain (31.4) or the USA (16.3). All the more attention is therefore caused by statements that urgently needed vaccination doses in Germany supposedly have to be thrown away. This is what FDP leader Christian Lindner claims, among others:

Is that correct? There is no nationwide data on this. The Federal Ministry of Health refers to the federal states on request. The Robert Koch Institute (RKI) does not collect any data, a spokeswoman for DW confirmed. That’s why DW asked the responsible ministries in all 16 federal states – and received different answers:

“We have no figures on this,” replied a press spokesman for the Ministry of Social Affairs and Integration in Baden-Württemberg when asked by DW. Discarded vaccination doses are not systematically recorded. When this happens, it is very rare. The motto for all vaccination centers is: “Do not waste any vaccine and if there are doses left over, vaccinate pragmatically to the priority group”.

Bavaria gives specific figures on vaccination doses thrown away: 0.2 percent of all vaccination doses have had to be thrown away since vaccinations began. In absolute numbers, that means: 3021 of 1,608,150 vaccine doses administered in Bavaria had to be disposed of (as of March 1), according to a spokeswoman for the Bavarian State Ministry for Health and Care. This number also includes 1000 vaccine doses that had to be disposed of in the first days of the German vaccination campaign because the cold chain was not complied with. “Other reasons for discarding vaccination doses include breakage, too little vaccine in the vial, application errors and contamination by suspended matter.” A vaccine that has already been processed can also be vaccinated to other people at short notice according to the prioritization so that it does not have to be thrown away.

So far, five vaccine doses have been disposed of in the capital, a spokesman for the Berlin Senate Department for Health confirmed in a corresponding report in the daily newspaper “Tagesspiegel”. This apparently happened because the active ingredient had been drawn up in syringes for too long and could no longer be inoculated. “If (very few) vaccination doses are left in Berlin, they will be vaccinated to employees in the context of the vaccination centers,” said the authority.

Prepared vaccines from Brandenburg have always been used. A spokesman for the Brandenburg Association of Statutory Health Insurance Physicians, which is responsible for the organization of the vaccination centers in the state of Brandenburg, should prevent vaccination doses from being left over by ordering quantities of vaccine doses on a timely basis, prompt delivery and short-term vaccination of residual quantities of people on the priority list. “In this way it can be ruled out that the vaccine will expire.”

“In Bremen, unused vaccines were never discarded,” a spokesman for the city of Bremen clarified. By making an individual appointment, you know exactly how much vaccine needs to be processed on each day. The problem of short-term appointment cancellations or missed appointments rarely occurs in Bremen. Leftover vaccination doses would then be inoculated to employees in the rescue service at short notice, the spokesman said.

In Hamburg, too, “no unused vaccine doses have been thrown away,” said a spokeswoman for the social welfare authorities of the Hanseatic city of Hamburg. However, there was an exceptional case in which a few vaccine doses had to be destroyed “because the required temperature was not maintained due to a technical defect in a storage facility.” In the vaccination center, only as much vaccine is processed as is needed. If something is left over due to a cancellation, rescue workers “who have the same prioritization and can be reached quickly” are vaccinated at short notice.

Scarce commodity: The vaccines should be inoculated to successors if possible

The request to the responsible Ministry of the Interior of the State of Hesse remained unanswered. In return, the largest Hessian city announced that “at no time had vaccination doses been thrown away,” said a spokeswoman for the city of Frankfurt. The mobile vaccination teams would also use every single dose of vaccine. Vaccination doses are almost never left because the use is planned very carefully. In individual cases, damaged vaccine doses were returned to BioNTech / Pfizer and then replaced.

In Lower Saxony one could “not completely rule out” that individual vaccine doses remain unused, said a spokesman for the Lower Saxony Ministry of Social Affairs, Health and Equality. However, these residual amounts would almost always be given promptly to other persons entitled to vaccinate according to the priority groups. The vaccination centers in Lower Saxony are obliged to only prepare as much vaccine as can be vaccinated. The ministry did not provide any information on discarded cans.

The Ministry of Labor, Health and Social Affairs of the State of North Rhine-Westphalia also has no figures on destroyed vaccination doses. Any remaining vaccine doses are given to people with the highest vaccination priority at short notice. If that doesn’t work either, the coordination office of the local vaccination center will decide who will receive the vaccine so that no dose has to be thrown away.

In Rhineland-Palatinate, as in Bavaria, it was precisely documented when vaccine doses had to be thrown away. A spokeswoman for the Ministry of Social Affairs, Labor, Health and Demography of Rhineland-Palatinate announced that 0.3 percent of the total of 305,500 vaccine doses administered had to be disposed of. “As far as we know, there are only very few cases in which vaccination doses cannot be used, for example if they are damaged during transport,” the ministry said.

“So far, no vaccination doses have had to be destroyed,” says the neighboring Saarland. The Saarland Ministry of Social Affairs announced that rescue service personnel would have been vaccinated with remaining doses of vaccine. People over 70 years of age, employees of the test centers, staff from the health authorities, police officers or teachers could also be included in the remaining dose vaccination so that no vaccine remains unused. 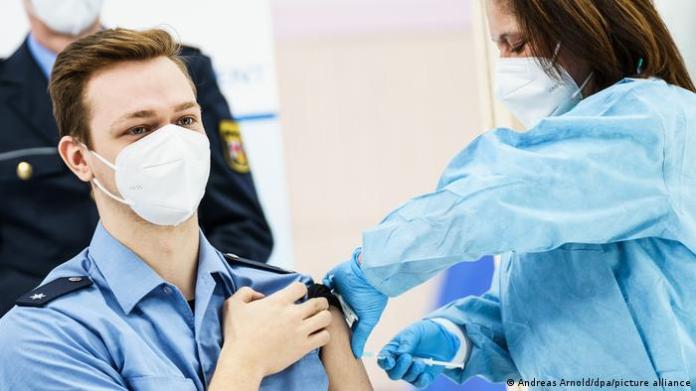 In Saxony, too, a multi-stage process is used that effectively prevents vaccination doses from being thrown away, according to the Saxony Ministry of Social Affairs. If you have leftover vaccines, ask care facilities, outpatient nursing services, doctor’s offices or hospitals. In addition, emergency services or people from priority groups would also be taken into account in the short term. This applies above all to the BioNtech / Pfizer vaccine. The vaccines from AstraZeneca and Moderna could easily be re-stored refrigerated and inoculated at a later point in time.

The Ministry of Labor, Social Affairs and Integration in Saxony-Anhalt “has no information about unused / discarded vaccination doses”. It could happen that vaccination doses have to be disposed of for reasons of quality, for example. Such cases are not recorded in the country. In general, these vaccine doses would then be vaccinated on people according to the priority list, said a ministry spokeswoman.

In Schleswig-Holstein, too, “there are no known cases in which vaccine doses have been thrown away,” said a spokeswoman for the Ministry of Health. Since the vaccination center’s need for vaccination doses is calculated at short notice and stocks are continuously corrected, there were hardly any vaccination units left. Remaining doses would be inoculated according to the prioritization group. You can then specifically address employees of the rescue service, medical practices or employees of the vaccination centers.

“In Thuringia no vaccine is stored or even thrown away, there is no vaccine left,” is the clear answer from the Thuringian Ministry of Social Affairs. This is possible through a short-term allocation system. The vaccine from Moderna has even been completely inoculated so far. BioNTech / Pfizer is currently holding back some of the doses supplied for second vaccinations. The vaccinations with AstraZeneca want to expand after a larger delivery.

DW fact check: misleading. Christian Lindner explains that the vaccines are thrown away or lying around. While this is not entirely wrong, according to our research this actually happens in a few cases. But the way Lindner portrays it, given the current state of affairs, it is not. In many federal states no vaccines are thrown away at all, in some there are very few doses and in some states no data are available. When vaccines had to be disposed of, the main reasons were cold chain problems or vaccine quality issues.

Our research is largely based on information and data from the responsible ministries; there are currently no independent sources for the use of the vaccines in the vaccination centers. Random inquiries to the municipalities, however, gave a very similar picture. Our research could not confirm that masses of unused vaccine were lying in vaccination centers that were not used or even had to be disposed of unused.

Decision to change cantons – Moutier says goodbye to the canton...