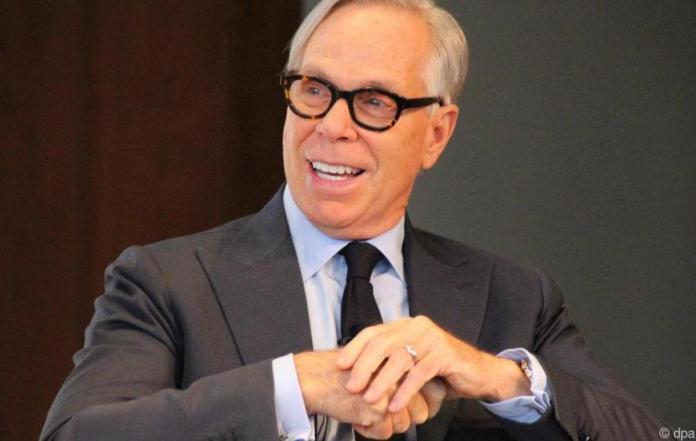 Every now and then, Tommy Hilfiger forgets that his real name is Tommy Hilfiger. “I’m so used to seeing it on sweaters that I sometimes forget it’s my name,” the designer, who turned 70 on Wednesday, recently told the British Guardian. Hilfiger almost always wears Hilfiger too. “Probably about 99 percent of the time I put on my own designs.”

“I’m a perfectionist and I want to make sure that it fits really well and washes well. I’m definitely my strongest critic,” said the jubilee. From a small background, the fashion designer has worked his way up to become a star designer and multimillionaire. Blue, white and red is his fashion common, all-American style. In addition: “Affordable, accessible, fun, cool and casual,” says Hilfiger, who has long since sold the company named after him to financial investors but has the last word on all collections.

Lately they have also been especially comfortable. “People who wear uncomfortable clothes have always been uncomfortable togetherness. The word comfort is more important than ever. We live in a different world than we were a year ago and there is no reason to wear clothes that you can’t be in feels good. ”

The designer was born as Thomas Jacob Hilfiger on March 24, 1951 in the small town of Elmira. “It may be in the state of New York, but it feels like a dump in the middle of the USA, surrounded by fields and with old-fashioned values ​​and a relaxed lifestyle.”

His mother was a nurse, his father a watchmaker and Tommy the second of nine children. “You quickly learn to work together and function as a team. But you also learn to respect a wide range of styles and views, which later helped me a lot when I started my company because there are so many customers with so different tastes. ” Growing up with eight siblings also taught him to deal with chaos. “I’m a multitasker and can talk to more than one person at the same time.”

Hilfiger didn’t go to school, but at the age of 18 he and friends founded the store “People’s Place” in his home town. “I’m glad I started working when I was 18. That was a lot more fun than school,” recalls Hilfiger. “There were incense sticks and rock and roll posters, and we sold records and cigarette papers. People could just hang out with us, it was a cool atmosphere.” “People’s Place” went well for a while, but then Hilfiger and his friends went bankrupt when he was just 25 years old. “That taught me a lot.”

Hilfiger, who describes himself as an “eternal optimist”, goes to the metropolis of New York and then founds his own company named after him. “I thought if I start my own business then I can control my own destiny too.” Things are soon going brilliantly, especially because Hilfiger is one of the first designers to recognize how valuable celebrities are as advertising media. Inspired by music stars and the “kids on the street”, Hilfiger brings street style to the catwalks – in his opinion the very first fashion brand.

“The biggest difference in the industry from then to now is the enormous competition,” the designer recently told GQ magazine. “It was a completely different market, a completely different world. Now everyone does everything, you have to know exactly what you are doing in order to differentiate yourself in the market.”

Together with his second wife, the model Dee Ocleppo, the designer, who has five children in total, owns properties in Connecticut, New York and the Caribbean. “I’m sorry I wasn’t around when my kids were little. I’ve been so busy with the company. But I’m really trying to be a good father.”

Among other things, he taught his children to treat others the way they wanted to be treated themselves. “Especially when you have a famous name. It is not pleasant to see privileged people who are not humble.”

In an interview with Oprah Winfrey: Meghan accuses the royal family...

Dialects in Germany: The Saxons are the least popular

Til Schweiger celebrates his birthday with a spicy youth photo