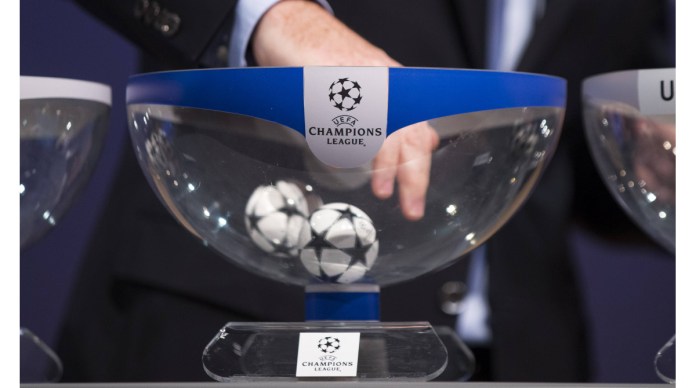 Time for lots! In the Champions League and Europa League, the quarter-finals will be drawn from 12 noon and 1 p.m. respectively – Transfermarkt will be ticking the drawing of the “top tier” games live. With FC Bayern and BVB there are two German representatives. Who are you dealing with? And who would be the possible semi-final opponents? These lots are already drawn!

Thank you for your attention at this point! You can now discuss the draw here!

A formality: Bayern, PSG, Man City or BVB would have home rights in the final in Istanbul.

The second semi-final will be played by Real Madrid or Liverpool against Porto or Chelsea – the former have home rights first.

Man City or BVB. So a German semi-final would be possible. Or a reunion of the people of Munich with Pep Guardiola!

In the semifinals, Bayern or PSG will play against …

Now it’s about the way to the final …

The quarter-finals at a glance:

So it is clear: Real Madrid will play against Liverpool, Los Blancos have home rights first.

The final will be repeated! Bayern play against PSG, the second leg will take place in Paris.

Tuchel and Chelsea are playing against FC Porto. The Blues also have their home game in the second leg.

The first quarter-finals: Man City against BVB! Guardiola versus Terzic. A hammerless ticket for the black and yellow. Dortmund have the second leg at home.

Now it’s about to start! Are you so excited too?

Pedro Pinto has already brought draw master Giorgio Marchetti onto the stage – he is now talking about the regulations outlined below.

A novelty this year: After Hansi Flick, Thomas Tuchel and Julian Nagelsmann last year, there are even four German coaches in the Champions League quarter-finals this season. In addition to the former, Tuchel now at Chelsea instead of PSG, Jürgen Klopp and Edin Terzic will also be there this year. They face Guardiola, Zinédine Zidane, Mauricio Pochettino and Sérgio Conceição.

According to yesterday’s market value update in the Premier League, Man City holds the highest total market value of the remaining participants (1.03 billion euros). The team of coach Pep Guardiola overtook the Reds from Liverpool, which had been devalued by around 120 million euros, who recently experienced a bad crisis in the league. FC Porto has the lowest market value at EUR 264.6 million. The Portuguese, despite the performance against Cristiano Ronaldo and Co. – are probably considered to be no wish for most clubs.

The field of participants is as follows: With FC Bayern and BVB, two German teams are still in the running. They prevailed in the round of 16 against Lazio Rome and Sevilla FC. For the defending champion from Munich it is already the 19th quarter-finals in the “premier class” – a record. Bayern left behind the eliminated FC Barcelona.

Most of the quarter-finalists come from Liverpool, Manchester City and Chelsea from the English Premier League. There are also teams from Spain (Real Madrid), France (Paris Saint-Germain) and Portugal (FC Porto). New in this round: The country restrictions have been lifted. A game between Bayern and Dortmund would be possible.

In addition to the round of the last eight, a draw will also be made today in Nyon, Switzerland, to determine who could meet in the semi-finals and who has home rights in the final. The quarter-finals will take place on 6/7. and 13./14. April, the round of the last four on 27./28. April and 4th / 5th May. The final is scheduled for May 29th and will take place in the Ataturk Olympic Stadium in Istanbul, which should be the final location in 2020. Due to the corona pandemic, the Champions League was played to the end in a tournament in Lisbon.

Moin and welcome to the draw for the quarter-finals of the Champions League! TM tickers all decisions for you live.

Billionaire Winklevoss: Ethereum is by far the most undervalued cryptocurrency

“Doesn’t get fat”: These things annoy Daniela about her Lucas 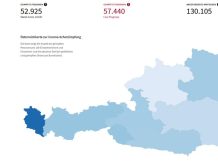