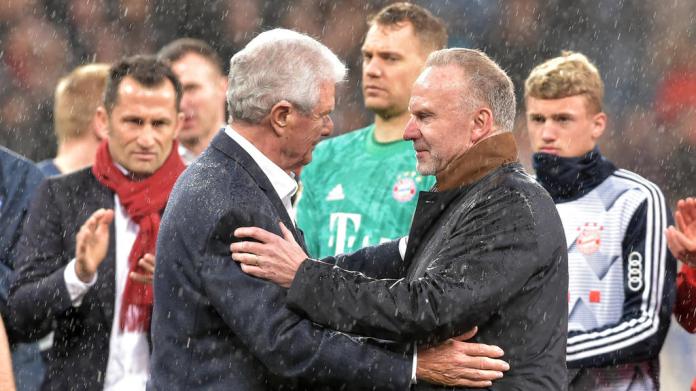 Moderator Jochen Breyer expressed himself self-critically about a year after the scandal game between 1899 Hoffenheim and FC Bayern about an interview with the long-time TSG patron Dietmar Hopp in the “ZDF-Sportstudio”. Meanwhile, new allegations were raised. Was the scandal surrounding Hopp just staged in this form?

The interview was rightly criticized by the fan scene, tweeted Breyer. “That wasn’t good of us and especially of me.” Before that, he had said almost word for word in an interview with the “taz”.

At the beginning of April 2020, Hopp reacted with great disappointment to abuse by fans against his person via a single player in the program.

“Making myself the face of commerce is really incomprehensible. Unfortunately, the agitation was staged so perfectly that ultras from many clubs took part. But I want to forget all that if it’s history from now on,” said Hopp at the time . Among other things, fans had criticized the fact that there were no inquiries about the recorded statements.

“The criticism gnawed at me, yes,” said Breyer of the “taz”. “I met with representatives of the ultra scene a few days after the show to hear their version.” This gave rise to the idea of ​​making a documentary on the subject. This is an attempt “to make up for what we missed back then,” tweeted the journalist, “to present this complex, multi-layered, emotionally charged conflict in a balanced manner.”

On Saturday evening, the “ZDF” broadcast the documentary “The Trial: How Dietmar Hopp became the ultras hate figure” about the longstanding conflict between organized fans and the Hoffenheim patron. According to the “ZDF”, Hopp himself did not want to express himself in the film.

In the documentary, new allegations emerged in connection with the media-effective alliance between Hopp and representatives of FC Bayern around CEO Karl-Heinz Rummenigge.

When the score was 6: 0 for the record champions, the game in Sinsheim had been interrupted after Hopp had been insulted repeatedly from the guest block. Hasan Salihamidzic ran towards the fans and gestured angrily while Rummenigge hugged Hopp.

As it became known in the “ZDF” documentary, the action was anything but spontaneous. Rather, there is a lot to be said for a conscious staging of solidarity.

No less a person than Uli Hoeneß is said to have known days beforehand about the plans of the Bayern Ultras to verbally attack Hopp. During his visit to a celebration for the 120th anniversary of the club, he heard “something ringing” and then informed the Hoffenheim team.

The DFB should also have been warned in advance and have prepared the referee team accordingly.

It was also noticeable that “Sky” commentator Kai Dittmann repeatedly referred to Hopp’s achievements during the interruption. As the experienced reporter has now confirmed, the good deeds of the patron were shown to him in an unusually urgent manner during the check-up before the game. In retrospect, Dittmann speaks of “direct influence”.

This confirms a thesis by Jan-Henrik Gruszecki, long-time BVB Ultra and today’s advisor to Borussia Dortmund’s managing director Hans-Joachim Watzke. He also believes in a production: “I think that was a play.”

Hoeneß, however, is unforgiving to this day. “You make it too easy for yourself. You always try to understand both sides. But there is nothing to understand here. Because Dietmar Hopp hasn’t done anything and he is attacked for things that are totally okay,” rumbled the honorary president of the FC Bayern in the “ZDF” documentary.

Haaland shoots BVB to victory in Sevilla – Chiesa scores for...

In some cases, food retailing does not yet add higher VAT

Coronavirus in Germany: These are the current figures – politics

Most successful music show of 2020

Debrecen instead of Vienna: Qatar has to change international match location