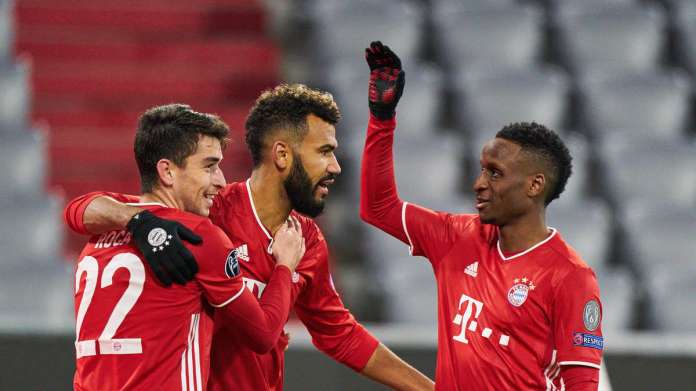 Marc Roca had a bitter week at Bayern. Coach Hansi Flick does not allow the Spaniard to play. There could be a breakup in the summer.

Munich – Marc Roca is still having a hard time at Bayern. The Spaniard is still unfamiliar with his new home in Munich. The last week was particularly bitter for the summer newcomer – will he have to leave again at the end of the season?

Marc Roca was considered a great talent in Spain from an early age. The defensive midfielder played well over 100 games for Espanyol Barcelona. In the autumn of last year, FC Bayern knocked and the now 24-year-old felt ripe to take the famous next step towards a top club. Bayern let Roca cost a transfer fee of nine million euros and provided him with a contract until 2025.

A clear plan or a real perspective for Roca with the German record champions cannot be seen after almost six months. Roca has only made ten competitive games so far, five of them in the Bundesliga. Bayern coach Hansi Flick ignores the highly sophisticated technician and simply seems to have no use for him. At least the last week before the international break leaves no doubt about that.

In the Champions League against Lazio Rome, Munich went into the second leg with a 4-1 lead. Flick still didn’t think any experiments were appropriate and offered his top elf. Roca stewed the entire season on the bench, even though Flick made five changes. Even compatriot Javi Martinez was allowed to play, while the 32-year-old with an expiring contract is more of a discontinued model than perspective player Roca. Even the experts at Sky around Lothar Matthäus were amazed at this decision. In his Sky column, Matthäus wrote: “Roca hardly gets any playing time even if there was a need for personnel in his position.” In the first leg in Rome, Roca was the only outfield player who was not used.

“I only have five substitutions, unfortunately not seven. That’s why two (Roca and Bouna Sarr, d. Red.) Were not substituted, ”Flick justified the disregard after the game. “This is my decision! We wanted to adequately replace the players we took out, so there was no other option. So Roca is not an adequate replacement? Flick’s statements should give the Spaniard something to think about.

FC Bayern: No place for Roca – despite Kimmich’s failure

Just three days later, the Roca drama repeated itself. This time even midfield engine Joshua Kimmich was missing due to a cold, but Flick again did without the services of Roca. Instead, defense chief David Alaba moved into midfield headquarters against Stuttgart. “It’s important that we have players on the pitch who can pull the team away – especially in midfield,” said Flick before the game. When the Austrian had to help out as a left-back after the red card for Alphonso Davies, Roca was again ignored. Thomas Müller took over the role alongside Leon Goretzka and was only replaced by Martinez in the final phase. Flick even had a joker left at the end, but left it with four changes.

There is no getting past the midfield duo Kimmich and Goretzka, but Roca does not seem to meet the requirements as a replacement either. The only way to get more match practice currently seems to be on loan in the summer. Roca’s advisor Christian Wein vehemently denied such an idea. “It would be crazy and unprofessional to discuss a loan right now. Marc has a long-term contract with FC Bayern and apart from that he’s not a guy who throws in the towel after just five months. He is someone who is fighting for his place, ”Wein told the Internet portals Spox and Goal.

Spain’s U21 national coach Luis de la Fuente, who became European champion with Roca in 2019, believes in his former protégé. “The future belongs to players like him. But he is already on his first missions. In addition, there is the daily training at the side of world stars, which will give him an additional boost. I am sure that it will be one of the cornerstones of the future project in Munich, ”said de la Fuente in an interview with tz. Can Roca still prevail at Bayern? The next few months will provide information on this. (ck)

Black and white photo book about Berlin: There is a man...

Vaccination against multiple sclerosis? Biontech is tinkering – under criticism

“The craft is my passion”