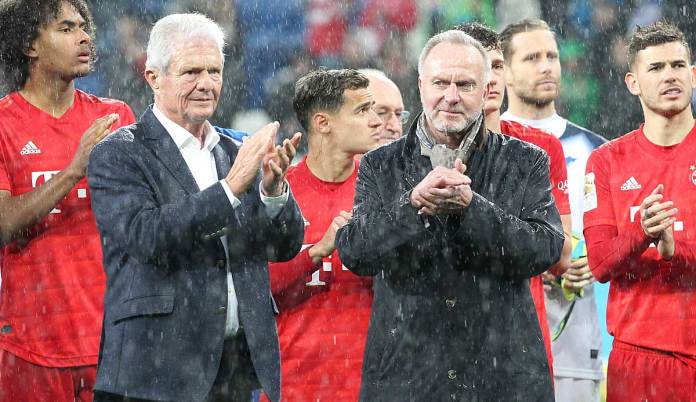 A ZDFDocumentation suggests that the wave of outrage during and after the game between 1899 Hoffenheim and FC Bayern Munich in the wake of the fan abuse against Hoffenheim patron Dietmar Hopp was by no means a spontaneous reaction. Rather, those involved should have known about the actions of the fans in advance.

When members of the Bayern ultra group “Schickeria” unfurled two posters on February 29, 2020 when the German record champions were 6: 0, on which TSG patron Hopp was insulted as a “son of a bitch”, this led to images that were previously in the Bundesliga had not yet given.

An angry Bayern sports director Hasan Salihamidzic ran furiously and wildly gesticulating into the fan curve of the Munich team, coach Hansi Flick did the same. Referee Christian Dingert interrupted the game, carried out the three-stage plan actually intended for cases of racism and discrimination, the players left the field and went into the catacombs.

Later, Hopp and FCB boss Karl-Heinz Rummenigge stood arm in arm on the lawn in the rain of Sinsheim, something of the Sports picture was named “Gesture of the Year”. The two teams pushed the ball back and forth for 13 minutes before the game was blown.

Rummenigge then spoke of a “black day” on which the “ugly face of football” had shown itself through the supporters of FC Bayern, because they had again hurled insults and abuse at “the very fine man of honor” Hopp. DFB President Fritz Keller explained the events of February 29th in ZDF to a “low point” for German football.

Hopp hostility from Bayern and BVB fans: This is how the network reacts

The ZDF with the authors Jochen Breyer and Jürn Kruse, in the documentary “The Trial. How Dietmar Hopp became the hateful figure of the Ultras” (from 11.30 pm), the question of how spontaneous that wave of outrage and the reactions of those responsible were at that time was are. In the course of the documentation, the suspicion is suggested that a large part was like a staging.

At least one of the interviewees came to this conclusion, Jan-Henrik Gruszecki, former BVB-Ultra and meanwhile advisor to Borussia Dortmund’s managing director Hans-Joachim Watzke: “I think it was a play, a production,” says Gruszecki. Why he takes this point of view also becomes clear in the course of the film.

Because Bayern honorary president Uli Hoeneß, who speaks alongside lawyer Christoph Schickhardt for the Hopp side, reveals that all parties knew about the action by Bayern fans two days beforehand. At a celebration in Munich’s Löwenbräukeller on the occasion of the club’s 120th anniversary, he heard “something ringing” and told the ultras that “I can’t accept that at all”.

Then the FCB informed opponents Hoffenheim and thus also Hopp about the planned action. Hoeneß speaks of “direct contact” between the clubs in this matter. In addition, according to the ZDF the DFB had also been informed, which had warned its referees. Also statements from SkyCommentator Kai Dittmann, who was extremely indignant about the action live on the microphone, suggest that precautions had already been taken before the game for fans to be absent.

During the usual check-up at the clubs before the game, Dittmann had listed in great detail the benefits of Hopp as a donor and sponsor. An attempted influence? “Yes, definitely,” says Dittmann ZDF.

That day in Sinsheim was the culmination of a conflict between Ultras and Hopp that has been smoldering since 2008 and has been the symbol of commercialization in football for fans since the Kraichgauer rose to the Bundesliga in 2008. The accusation: Hopp bought a place in the Bundesliga with Hoffenheim.

The conflict became quieter over the years, but took on a new dimension with the discussion about the abolition of collective fines for fans promised by the DFB under the then President Reinhard Grindel. After BVB fans reviled Hopp again in December 2019, the DFB stipulated that Dortmund fans would not be allowed to go to away games in Hoffenheim for three years.

A punishment, apparently in the spirit of DFB Vice President Rainer Koch, who, unlike Grindel, was in favor of the “Rule of Law” and, according to Grindel, who also spoke in the documentation, even suggested smuggling undercover investigators from security companies into fan blocks and so “smash the ultra scene”. Koch denies this, but Grindel speaks of the fact that the relationship with his deputy at the time was “almost destroyed” by the question of how to deal with the Ultras.

In addition to Koch, Grindel, Hoeneß, Hopp lawyer Schickhardt, who calls Hopp “a man of the people, the last real football fan” in the film, and BVB consultant Gruszecki, representatives of the Munich crowd also have their say, while Hopp himself does not speak with him ZDF speaks. The broadcaster also did not receive a filming permit for the stadium in Sinsheim.

“The terrible experiment is over”

Amazon goes on the counteroffensive

Thousands fly to Mallorca despite Corona 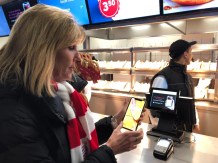