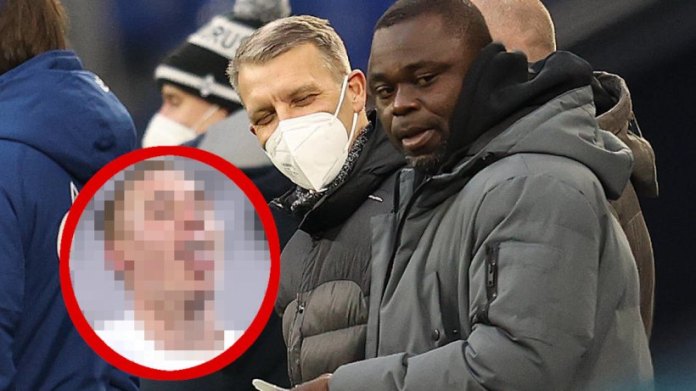 At the FC Schalke 04 After Danny Latza there could be the next return of a home grown man.

He played for the U17 and U19 teams of the FC Schalke 04 and hit back then like on an assembly line. In the past few seasons, however, he made his first steps in the professional field at another club in the second division, where he also proved his scoring potential.

FC Schalke 04: return of a goalgetter?

We’re talking about Florian Krüger. From 2015 to 2018, the center forward was active for the youth teams of the Royal Blues. His impressive record on Schalke: 63 goals and 25 assists in 71 competitive games.

After his time in the Schalke A-Jugend, he moved to Erzgebirge Aue, where he developed into a dangerous second division striker. This season he has already scored eleven goals in 26 games and prepared six more.

Schalke could use a classic center forward like him at the moment. Could the 22-year-old imagine returning to S04?

This is Florian Krüger

“I still sympathize with Schalke”

“If the time should come at some point and it makes sense and fits: yes, of course, why shouldn’t that be my dream,” the portal “Fussball.News” quotes the Aue striker: “That was my club as a child, and I sympathize with it still with him. But everything around it has to fit. “

Kruger’s contract with Aue runs until 2023. With performances like this season, the attacker screwed up his market value a lot. Whether Schalke could afford a Kruger comeback?

“Everything is conceivable,” says the youngster: “I will only start thinking about it in the next few weeks and months, then it will show where the journey is going or whether it will continue in Aue.”

Next scandal at Schalke 04! Because of HIM, the fans go to the barricades – “Dump locker contents on the street”

FC Schalke 04 takes action – THIS disaster must never be repeated

FC Schalke 04: Suddenly this change is under discussion again – but there is a catch

“Schalke does not belong in the 2nd division”

Even if Krüger has not played for Schalke for almost three years, his heart bleeds when he sees his ex-club currently in a dire crisis. “Compassion is pretty good,” he says: “When I think about it: I left Schalke almost three years ago when it was still a Champions League club that has ambitions and claims to play internationally every year. Almost three years later, the club is very likely to be in the 2nd division next year. It’s awesome to see and a shame somewhere. “

For Krüger one thing is certain: “A club like Schalke does not belong in the second division.”

Will he help with a possible re-promotion? The summer transfer window will tell.

In the past few months, FC Schalke 04 has been able to persuade players like Sead Kolasinac and Klaas-Jan Huntelaar to return. Another Ex-S04-kicker will join in from summer. Danny Latza returns to Royal Blue from FSV Mainz 05. Here’s everything about the change!

The rumor mill around FC Schalke 04 is simmering. Shkodran Mustafi could also be a candidate for change. You can find out which top club is now interested here! (ie)

Health – Stuttgart – State is looking for volunteers for Corona...

Corona: This is how the approval of a vaccine in the... Schools – Stuttgart – Survey among rectors: Digitization is the biggest...