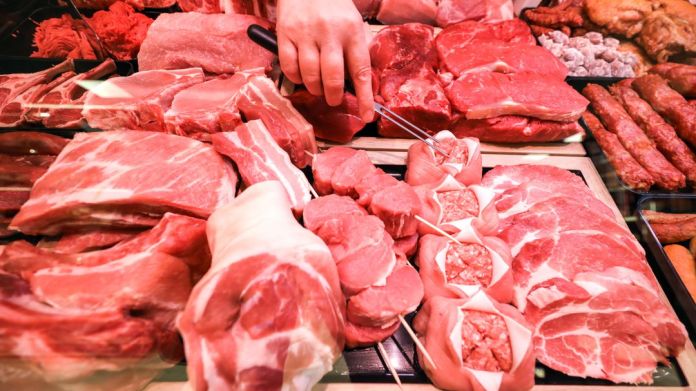 Essen / Berlin. The President of the Environment Association, Dirk Messner, called for meat consumption in Germany to be halved in order to reduce environmentally harmful factory farming. “We have to reduce factory farming so that excessive nitrogen inputs decrease and soils, water, biodiversity and human health are less polluted,” Messner told the newspapers of the Funke media group. Less meat would be very good for health and the environment.

Already now a little less meat is eaten in Germany, said Messner. “But if we want to change something effectively and adhere to the recommendations of the World Health Organization (WHO), then halving meat consumption in Germany would be the goal,” said the President of the Environment Association. “That would reduce factory farming and would have many positive environmental effects.”

Those who eat less meat, but better quality, can “balance it out in their wallet,” Messner told the newspapers. Farmers would then also be paid better. Climate protection and questions of justice must be brought together. “But if we do nothing, do not change our eating habits and consumer behavior, there will be dramatic and very expensive climate consequences, from which lower-income households often suffer much more,” warned Messner.

Corona vaccination in Germany – can citizens decide on the vaccine?

Criticism of Olaf Scholz for letter to US Treasury Secretary

New trailer for Back 4 Blood

After the shoving scandal at BER airport – district administrator examines...