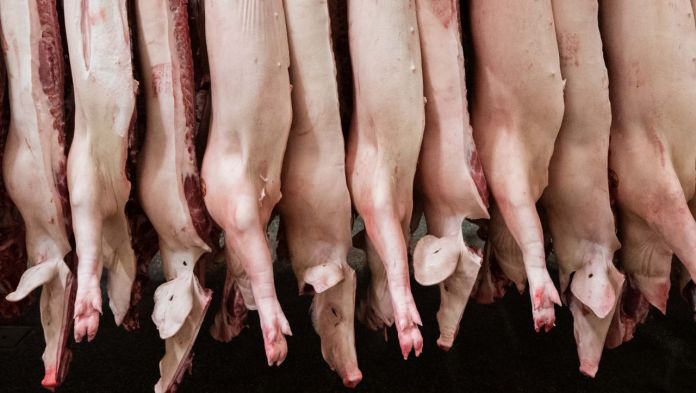 In order to reduce environmentally harmful factory farming, the Federal Environment Agency (UBA) is pushing for meat consumption in Germany to be halved.

“We have to reduce factory farming so that excessive nitrogen inputs decrease and soils, water, biodiversity and human health are less polluted,” said UBA President Dirk Messner to the newspapers of the Funke media group. “To do this, we have to be honest and talk about consuming too much meat.”

Less meat would be very good for health and the environment, emphasized Messner.

Already now a little less meat is eaten in Germany. “But if we want to change something effectively and stick to the recommendations of the World Health Organization, then halving meat consumption in Germany would be the goal,” said the UBA boss. “That would reduce factory farming and would have a variety of positive environmental effects.”

Whoever eats less meat, but better quality, can “balance it out in the wallet,” Messner said. Farmers would then also be paid better. Climate protection and questions of justice must be brought together.

“If we do nothing, do not change our eating habits and consumer behavior, there will be dramatic and very expensive climate effects, from which lower-income households often suffer much more,” said the expert.

In Germany, more meat was eaten in 2020 than it has been for at least 30 years. According to preliminary information from the Federal Office for Agriculture and Food, each person lasted an average of 57.3 kilograms. The value has never been so low since the beginning of the calculation of the consumption in 1989. Compared to 2019, each person ate an average of 750 grams less meat.

The consumption of pork in particular fell sharply – by an average of 940 grams per capita. For beef and veal it was 40 grams less than in 2019. In contrast, the consumption of poultry meat increased by 180 grams. The authority did not initially provide any information on the reasons for the falling meat consumption on Monday.

International football news – Norwegian Haaland is missing from BVB until...

Six personal tips for things to do after Christmas Eve

Carnival: Despite Corona, these are the most popular hits in Germany

This is what top managers at Deutsche Bahn and in local...

Experts skeptical: Despite rally mode: Why a Bitcoin ETF is still...

The federal and state governments are arguing about a stricter lockdown