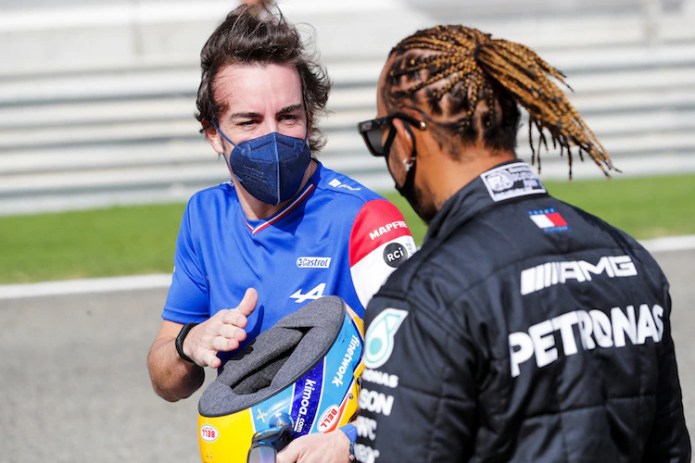 Formula 1 returnees Fernando Alonso does not suffer from a lack of self-confidence. When asked whether he was still as good as opponents of the caliber Hamilton, Verstappen & Co .: “No, I’m better.”

Fernando Alonso is back in the premier class, the 39-year-old Spaniard will contest his 313rd World Championship run for Alpine (formerly Renault) next weekend. Alpine made a solid impression in the winter tests, and Alonso is as hungry for success as a 20-year-old. Compared to BBC Sport, the Formula 1 world champion from 2005 and 2006 said in a video link: “I’m really looking forward to the coming season, with a starting field of a wonderful mix. We have extremely talented, young drivers who have shown great performances in the junior classes. And then we have the champions like Lewis, Sebastian and Kimi. “

«Although Max Verstappen is a representative of the younger generation, he is now in his seventh season. All of this results in a terrific field of drivers, a great challenge for every driver. ” When asked whether he was as good as the named drivers, the 32-time GP winner said boldly: “No, I’m better.”

Alonso has always emphasized that 2021 would be a year of transition. Fernando continues: “Of course I want to do well in the coming season, the medium-term goal is to win races and have a say in the matter for the title. At the same time, it is clear to us that this will not be possible in 2021. The rules are roughly the same as last year, and there are no miracles in our sport. “

“But our big opportunity will come in 2022. Then we will get a completely new generation of vehicles in Formula 1, and that can overturn the balance of power. We want to surprise our opponents, that’s what we’re working towards. ”

Alonso was also approached about his cycling accident in February 2021. Fernando says: “I was really very lucky. I had to have an operation, but that doesn’t affect my driving in any way. “

Experts in alarm, but Berset is waiting