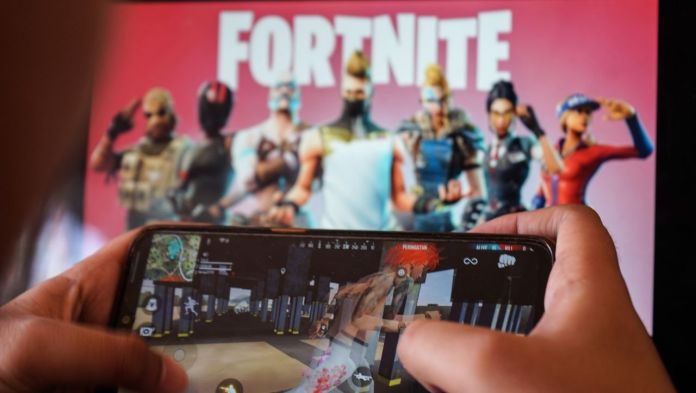 It is practically impossible to miss the black market. Simple Google searches will get you there. The dealers who want to make money around the soccer game “Fifa 21” cavort on Ebay, they operate Telegram channels or online shops. There you can buy virtual coins and so-called player cards for the most popular online mode “Fifa Ultimate Team” (“FUT”).
One million “FUT” coins, which are easier to use in the game to hunt down interesting professionals for your own fantasy team, cost around $ 100. And whoever hopes to get especially strong digital versions from former world stars like Zinédine Zidane or Pelé, will sometimes be asked for more than $ 1,000.
Such purchases are not permitted. Anyone who buys coins or “FUT” stars on the online black market is guilty of breach of contract with the “Fifa” developer of Electronic Arts (EA). And the dealers also know that their offers violate the rules.

Really, however, nobody seems to take action against the “FUT” black market – neither the authorities nor EA itself. It has existed for years, and anyone who has money and no scruples tries to spice up their online team through it and thus gain an advantage for duels to sneak against other players. Because a strong squad also increases the chances of winning in »FUT« (read more about this here).

“Fifa” is the best-selling video game in Germany year after year, it is a showcase title for the world’s booming games industry. In 2020 game companies had a turnover of 148 billion euros worldwide. The film industry, with which it has long been compared, has easily left the industry behind. But the gaming business is even bigger: there are not only game manufacturers, but also hardware providers from Nintendo to Sony to Microsoft. There are also platforms such as Twitch, Discord and YouTube, for which gaming content is immensely important. And then there are the black markets, whose sales are difficult to estimate.

One hears only sporadically that game manufacturers are taking targeted action against black markets. As long as their own business model works in spite of them, as long as the majority of players still leave their money directly with the manufacturer, the companies do not seem to see any acute need for action.
It is different when a company is suddenly involved in dubious deals beyond its official offers. It was in mid-March when there were allegations that at least one EA employee was selling coveted “FUT” content – for up to 1700 euros, according to the screenshots. A breaking of a taboo that angered many fans of »FUT«, who legally barely have a chance to get hold of such content. In a statement EA apologized and promised to clarify – this black market could not be hushed up as well as others.
Unofficial markets for games are not a new phenomenon: Panini stickers and Pokémon cards have also been exchanged and traded through all kinds of channels for many years. But with the rise of gaming to a mass phenomenon, a fundamental change has taken place: Some video games are more than just media. They are a place to spend free time, have fun and meet friends. They are an important part of everyday life. A place where it is important to many, for example to be able to offer rare »FUT« players or that your own character wears a special costume.

“Black markets arise primarily around multiplayer online games,” says Finja Walsdorff. She is a media scientist at the University of Siegen and deals with gaming communities. “Lots of people spend money on online games to improve their own status,” she says. Walsdorff names the so-called OG skins for the online game “Fortnite” as an example.

Show that you are a pioneer

These outfits could only be obtained by those who were already there at the beginning of the game – i.e. 2017. They do not give you an advantage in the game. But whoever wears them proves their own pioneering role – which may give them the recognition of other gamers. “This respect can also be bought with the help of the black markets,” says Finja Walsdorff. On Ebay, accounts with the coveted skins are sometimes traded for up to 2000 euros.

The example of the OG skin “Recon Expert” shows how easily the black market problem can be defused in some cases: after 2017, the outfit was actually no longer available. In 2020, however, the “Fortnite” manufacturer Epic Games put it in the in-game shop – for twelve euros. The black market demand then flattened, »Recon Expert« is no longer considered an OG skin. But nobody buys an old, maybe even hacked account on the black market just because of the outfit, which is also not allowed with “Fortnite”.

Many game manufacturers refuse to accept their share of responsibility for the black markets, although the design of their game systems increases the desire to trade accounts or individual game content. In some games you can spend hundreds of euros: Due to random mechanisms, you are left with exactly the content you wanted to unlock, but often denied anyway.

The question of what digital content from games like »Fifa« is worth and how much manufacturers artificially curtail their offers is a preoccupation for gamers as well as youth advocates and gambling overseers.

So-called loot boxes, digital treasure chests, in which comparatively useless nonsense, but also an object that can be sold on the black markets at high prices, has been argued for years. In Belgium, for example, EA stopped selling a second “FUT” currency called Fifa Points in 2019 after the gambling authority there had dealt with the game mode. In 2020 the Dutch gaming authority designated the loot boxes from “FUT” as illegal.

“For many manufacturers, the income from in-game sales is now higher than the sale of the game itself,” says Tim Glaser. He is a media scientist at the University of Fine Arts in Braunschweig and deals with the gaming economy. Glaser points out that every manufacturer tries to create their own platform with their game. This is particularly evident in “Fortnite”: There are seasonal characters from other entertainment universes, from Marvel superheroes to Lara Croft, and even live events such as concerts. There is a lot to experience and therefore a lot to miss, like the OG skins once did.

At best, the manufacturers use needle pricks against the black markets, perhaps also out of concern about collateral damage. Most of the time, the money flows in the background in illegal deals, the trade itself takes place in the game itself. Harsh measures could also be taken by many users who did nothing wrong, but whose exchanges or transactions happen to fit into the grid of the black market hunters. The companies are threatening to block accounts that have illegally secured in-game currency or game elements. They take action against the use of bots. And they try to stop undeniably problematic behavior like hacking.

The focus of the game is building and decorating a virtual world. Objects can be used for this, some of which you have to unlock over weeks or months. If that takes too long for you, you can take a shortcut via the black market. The game currency, characters and trading cards are traded on Ebay and other platforms. The manufacturer Nintendo has opposed these black markets several times and tried to sanction corresponding dealers. But the salespeople are resourceful, it’s a game of cat and mouse, with comparatively weak threats such as account bans.

The economic incentives to intervene are also likely to be low. The fact that EA is leaving the direct sale of “FUT” cards to the black market probably indicates that the current system works economically for them, says Tim Glaser. He points out that the black market and its prices, as well as videos in which you can watch YouTubers open loot boxes in “FUT”, probably also contribute to the hype about particularly coveted content.

EA itself announced in response to a request from SPIEGEL that it would take thousands of measures against player accounts every year that were involved in black market activities. There is also talk of legal measures without giving details. There is “an ongoing battle against the influence of third parties who try to defraud us and our players by illegally selling FUT coins on the black market,” said an EA spokesman. They have invested heavily in technological security and the implementation of their own user agreement.

With Google, meanwhile, the simplest search entries are sufficient, and players from “FUT” are already being offered numerous offers that should not be available. Many a retailer even advertises with a “100 percent guarantee of compensation” should something go wrong with one of the dubious deals.

Has arrhythmia – Silvio Berlusconi (84) in the hospital again

Buy PlayStation 5: Out of stock again on Amazon after a...

The worst fear may come true